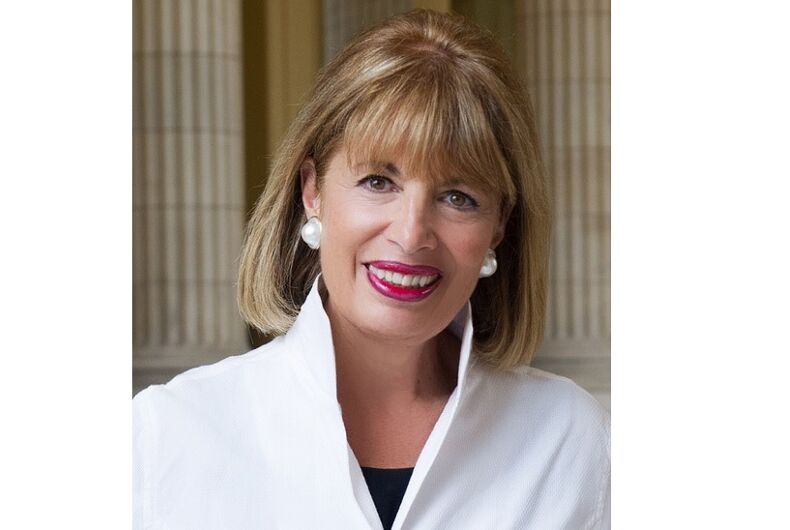 House Democrats held the first ever hearing on transgender people in the military, and they had to argue with a Trump representative who said that the transgender military ban isn’t a ban at all.

But retired Air Force General James Stewart appeared at the hearing on behalf of the Trump administration.

He argued that Trump’s transgender military ban isn’t really a ban on transgender people; Trump only wants to ban people who have been diagnosed with gender dysphoria.

Related: Trump was worried about trans soldiers getting ‘clipped,’ according to new book

Gender dysphoria is the medical diagnosis for the stress associated with a person’s gender identity not matching the sex they were assigned at birth, and many consider it to be a defining characteristic of being transgender. Without a diagnosis of gender dysphoria, accessing transgender medical care like hormones and therapy is difficult.

“The new policy ends the practice of providing special accommodations for individuals with a history or diagnosis of gender dysphoria and transition-related treatment,” Stewart testified.

“Rather, it approaches the condition in the same manner as the department manages any serious medical condition for recession and retention purposes, ensuring equal application of military standards for all persons regardless of gender identity.”

But Representative Anthony Brown (D-MD) wasn’t having it.

“We are not talking about heart surgery and diabetes,” he said. “We are talking about a group of Americans who identify as transgender.”

“That’s mixing apples and oranges and I don’t appreciate that.”

“You’re transgender and only if you agree not to transition, then you can serve, that’s just like ‘don’t ask, don’t tell,’” Brown added.

Representative Jackie Speier (D-CA), chair of the military personnel subcommittee of the House Armed Services Committee, called the hearing to hear evidence about transgender people serving in the military.

The Trump administration is trying to ban transgender people in the military, and Speier – along with several other Representatives and Senators – has introduced legislation that would explicitly allow transgender people to serve.

Trump’s military ban is has not been implemented because a court-issued injunction is still in place, and the House and Senate bills have not yet come up for votes.

The five transgender service members explained why transitioning helped them do their jobs and made the military more effective.

“What is the value of having transgender people in the military?” asked Army Captain Alivia Stehlik.

“Based on my experience first as a combat arms officer and medical provider, the answer is unequivocally that my transition — and so many others — has dramatically increased the readiness and lethality of every branch of the armed forces.”

The transgender servicemembers testified in plainclothes, not in uniform, because they were not appearing before Congress as representatives of the U.S. military.

Lieutenant Commander Blake Dremann, who has been in the U.S. Navy for 14 years and is also the president of SPARTA, an organization for transgender people in the military, said that gender identity and sexual orientation don’t matter when it comes to doing one’s job.

“Good leaders can take a team and make it work,” he said. “Great leaders mold their teams to exceed expectations because it doesn’t matter if you’re female or LGBT. What matters is that each member is capable and focused on the mission.”

“I would like to say unequivocally for the record that there is no medically valid reason, including a diagnosis of gender dysphoria, to exclude transgender individuals from military service,” he said.

Democratic representatives generally respected to the servicemembers, with Representative Deb Haaland (D-NM) saying, “Regardless of what the president says, there are millions of Americans who appreciate the service that you give to our country.”

“And although I can’t apologize for [Donald Trump], I can tell you that I can do everything in my power to make sure that we can bring back some civility and respect to the people who are serving our country,” she added.

The only Republican to ask questions at the hearing was Representative Trent Kelly (R-MI). He said that he hasn’t made his mind up on the issue and asked the servicemembers how long they couldn’t be deployed due to their transitions.

They each responded, according to the Washington Blade, that they were gone for short periods and took personal vacation days for their recovery.

Toward the end of the hearing, Speier asked Stewart to submit the transcripts of the Trump administration’s discussions that led to the transgender military ban.

Citing the lawsuits against the cases, Stewart said that they couldn’t be made public.

Speier’s question is key, because, despite the Trump administration’s insistence that the trans military ban was a well-researched policy with the sole goal of making the military more effective, unnamed sources have been telling journalists for years that it was a spur-of-the-moment decision by Trump that was later justified by a report written by Mike Pence working with hate group lobbyists.

After the hearing, Speier said that her legislation will likely be proposed as an amendment to the 2020 defense authorization bill.

“I think we’re still trying to understand some of the dysfunctionality of the potential decision-making,” she told the Washington Blade.