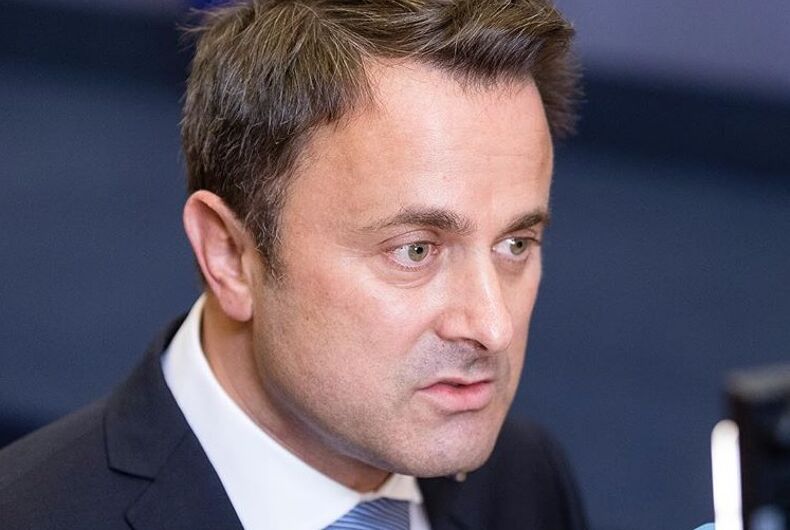 The gay prime minister of Luxembourg called out leaders of several countries that ban homosexuality at the world’s first Arab League-European Union summit.

According to a member of Bettel’s cabinet who was present at the meeting, he “said that he was gay and that the fact that he is married to a man could get him the death penalty in a number of countries represented at the table.”

Der Spiegel‘s Stefan Leifert said that Bettel’s speech elicited “icy silence” from some people who were present and “silent joy” from others.

Bettel responded on Twitter: “Saying nothing was not an option.”

The summit was attended by several countries where homosexuality is banned, including Algeria, Morocco, Oman, Tunisia, Syria, Kuwait, and the United Arab Emirates.

In three countries that were present – Saudi Arabia, Sudan, and Yemen – gay people can be sentenced to death.

While Egypt, where the conference was held, does not formally ban homosexuality, LGBTQ people have been arrested under indecency laws.

Human Rights Watch has said that Egypt’s president supports “persecution of gays and trans people as a political strategy.”

EU leaders said that the summit was a success and the summit’s declaration mentions support for “all aspects of internal human rights law.” The Arab League leaders, though, insisted that a reference to freedom of expression be dropped from the declaration.

The declaration does not mention LGBTQ issues at all.

Bettel is the first modern world leader married to someone of the same sex and the first gay prime minister in the world to win a second term.

He married his husband Gauthier Destenay in 2015, after marriage equality was recognized in Luxembourg.

A comedian licked a journalist’s ear while he was reporting. Is it assault?