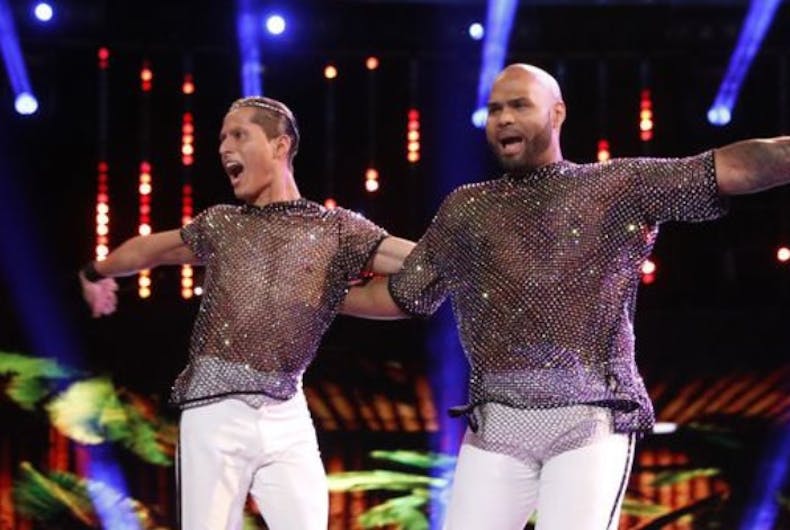 Jonathan Troncoso (from Orlando) and Jorge Valcarcel (from Peru) are the first male duo to compete together on World of Dance, appearing in a season 3 episode in matching sparkly outfits.

“The tricks were really, really good. Your spins, they were amazing, and that takes a lot of technique,” host and producer Jennifer Lopez said.

She gave them a few technical critiques and concluded: “Jorge was living his best life.”

Related: This gay couple’s amazing first dance at their wedding shocked their guests

The other judges loved the performance too.

Derek Hough said that Jorge and Jonathan were “so fun to watch.”

“In the dance world, when you’re doing partnership dancing, we no longer say the male part and the female part, we say the follower and the leader for exact reasons like this because it doesn’t matter,” he said, before getting out of his chair and dancing with Jorge.

The pair has been competing together for a few years, and now they’re trying to bring attention to the world of same-gender dancing.

“We want to bring awareness to the same-gender dance community,” they told Out.

“We want everyone to see that same-gender dancing can be just as strong and impactful as traditional dancing. We want people to see us and like or dislike us as dancers and not simply because we’re two men dancing together. We just wanna dance.”