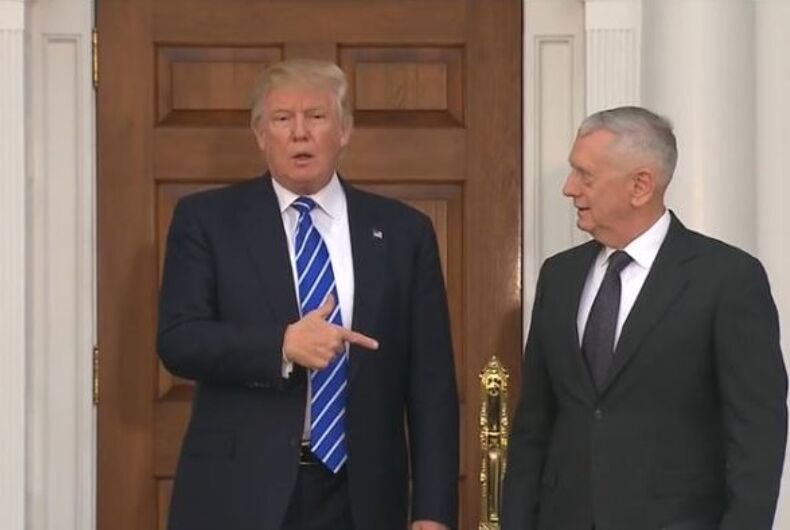 Late last night the Los Angeles Blade‘s Karen Ocamb reported that Donald Trump’s tweets calling for a ban on transgender people in the military have taken the first step toward becoming law.

As noted by The Guardian, Trump’s declarations on Twitter don’t have any legal power. But the content of those tweets has been made into “A Guidance Policy for Open Transgender Service Phase Out” by White House staff and the White House Counsel approved the policy as legal “guidance” yesterday.

The guidance does not mention transgender servicemembers who are currently serving in combat. It is in the process of being sent to the Defense Department, according to Ocamb’s sources.

Caitlyn Jenner apologizes for wearing a Trump hat in public