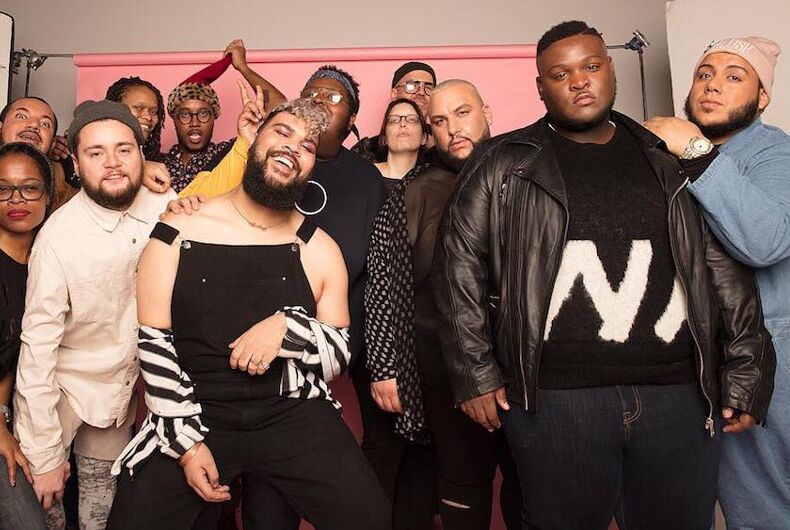 The author spoke with gay men who said that “Instagram often reinforces the stereotype that gay culture is only for ‘ripped, statuesque men.’” The article also noted, “Research has indeed shown that high frequency of social media usage—particularly image-centric platforms like Instagram—corresponds to body image concerns and eating disorder symptoms in gay men.”

Indeed, whenever gay media wants to discuss “body positivity,” we typically get one of two things: a hunky, cis white dude telling us to love ourselves or a one-off photoshoot of chubby cis guys of color.

Afterwards, nothing seems to change. Websites, bars and advertisers continue to push muscle-clad speedo jockeys at us ad infinitum, while the rest of us without abs feel like out-of-shape outsiders.

We get it: Hunky guys sell, but few marketers seem courageous enough to display anything other than the occasional bear or twink.

Let’s be clear: There’s nothing wrong with hunky cis white guys advocating for body positivity or photoshoots that help sexualize chubby cis dudes of color. But we’ve been seeing these things repeatedly for nearly half a decade and we all collectively think, “That’s nice,” and then literally nothing changes.

It’s time to do more, and we as a community can do better.

Related: This trans heartthrob is paving the way for bodybuilders

Here are five things the gay community can do to start creating significant change around body image:

Muscular men shouldn’t be excluded from conversations about body positivity, and guys who feel negatively impacted by thirst-centric Instagram accounts should unfollow them and follow Instagrammers who positively represent body diversity instead—here are 10 to start with.

It’s understandable that men who have sex with men would focus so much on each other’s bodies, but it’s time to start posting images (and praising one another) for our other sexy features: Our winning smiles, flair for fashion, intelligence, cooking skills, community involvement, social adventures, friends, family, hobbies and talents—let’s let our lights shine!

Media elevates hunky, cis white 20- and 30-something men as “ideal” beauties, but it’s time we all start sharing images (and words) of trans and genderqueer people, people of color and people of different ages and sizes. This will help expand societal ideas of beauty and which people deserve recognition, space and love.

4. Encourage queer companies to do better.

Orgs like HRC and GLAAD could encourage LGBTQ businesses to present more body diversity. But until they get on board, it’s up to us. If a bar, retailer or media outlet regularly features muscle men in their marketing, start a public campaign to encourage greater inclusivity. They may not change at first, but they’ll at least know that there’s an audience who wants diversity.

Women have long highlighted the harmful effects of unrealistic body standards in media, and straight men are starting to feel those effects too. As such, we have allies in the straight community who want change too. Let’s start reaching out to them, learning from their organizational work and discussing how else we can create a more inclusive visual culture together.