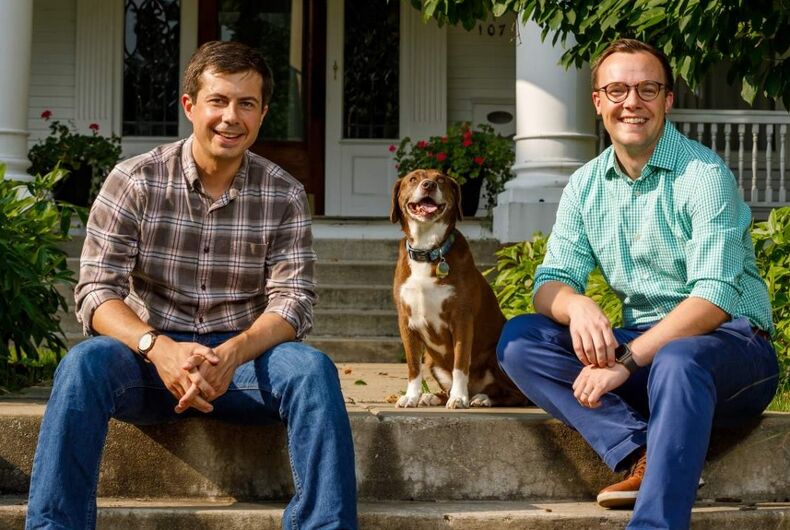 Buttigieg (pronounced BOOT-uh-judge) is currently the mayor of South Bend, Indiana, and he’s a gay man.

He said that his campaign would focus on “intergenerational justice.”

Related: South Bend’s gay mayor gets married and then the couple attend Pride

Buttigieg is 37-years-old, making him one of the youngest candidates to enter the race, tied with Representative Tulsi Gabbard, who is also 37. He may be the first candidate to enter the race that hasn’t had to apologize for something in their past.

“If you’re my age or younger, you were in high school when the school shootings became widespread, you’re going to be dealing with climate change for most of your adult life in specific, noticeable ways,” Buttigieg told The Atlantic.

Buttigieg, who is a Rhodes Scholar, is married to his husband Chasten.

“For the teenager in small-town America who is just coming to terms with their sexual orientation or gender identity, having an openly LGBTQ person running for the most important political office in the world will demonstrate there is no limit to what they can achieve – and that is transformative.”

I launched a presidential exploratory committee because it is a season for boldness and it is time to focus on the future. Are you ready to walk away from the politics of the past?