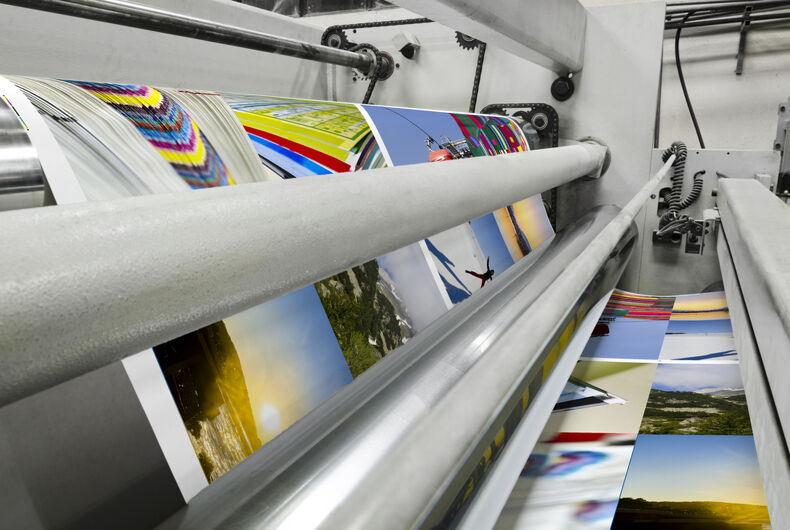 Chicago’s LGBT Community Fund plans to file a complaint with the Illinois Department of Human Rights after being refused service by Yorke Printe Shoppe.

The fund raises money to distribute as grants to LGBTQ charities. They have distributed over $1,000,000 in grants to date.

“You think in this day and age it doesn’t happen, but it does,” Adnaan Hamid, co-chair of the LGBT Community Fund, told Crain’s Chicago Business.

The fund worked with Deborah Schneider with the marketing communications firm Kineo Group to produce a brochure for a fundraising event. Schneider, in turn, reached out to the printshop, was given a quote, and sent the files over to be produced.

But when owner Brad Scull saw what he would be printing, he refused to do the job.

“I’m a Christian, I believe in Scripture, and my faith is really important to me,” Scull said. “I have nothing against any of those people. I have an issue when stuff gets into the promotion of the lifestyle.”

Scull noted that he hypothetically has LGBT family, friends, and business acquaintances as a defense for his bigotry – and then painted himself as the victim.

“I don’t think people really understand that I can love the people and maybe not agree with them,” Scull told the outlet. “But people don’t do the same for me.”

Scull did find Schneider another establishment that would print the brochure for the same price and on time, but she says she will never work with the company again.

The fund plans to file a complaint over the printshop owner’s refusal to provide service. Illinois law does not include a religious exemption to the state’s nondiscrimination law and sexual orientation is specifically included as a protected class.