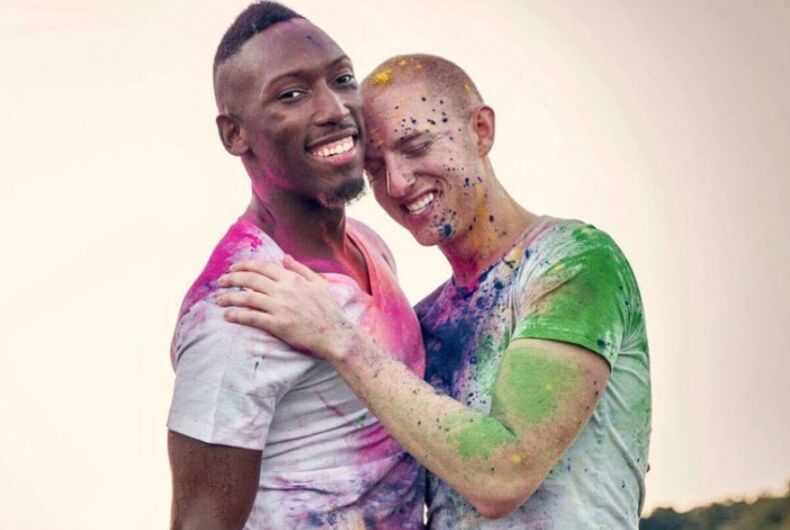 The legal battle over LGBTQ rights in Bermuda could go all the way to the highest court, as the government has asked for permission to appeal the latest pro-marriage equality decision to the Privy Council of the United Kingdom.

“Constitutional issues are important issues and this government wants to get it right,” said Deputy Premier and Minister of Home Affairs Walter Roban, justifying the continued court fight.

The government took the case to the Court of Appeal (which is higher than the Supreme Court in Bermudian law), and it lost last month when the court dismissed the government’s claim.

This week the government applied for permission to take the case to the Privy Council’s Judicial Committee, the final court of appeal for British overseas territories and dependencies. The Court of Appeal must approve the application before the case goes to the Privy Council, where it will decide whether to hear the case or not.

LGBTQ organization OutBermuda derided the decision to appeal the case further as a waste of money.

“Government’s decision to spend potentially hundreds of thousands of dollars appealing the same sex ruling is a kick in the teeth to Mrs and Mrs Bermuda, whose shoulders are burdened by the weight of new taxes,” said Craig Cannonier, leader of the OutBermuda Alliance.

“And at a time when schools do not even have working fire alarms, how can Government possibly justify even further expenditure on this issue? People must start taking notice of — and question — Government’s priorities.”

The appeal faces an uphill battle, first because the Court of Appeal, which just dismissed the government’s case, has to approve of the application to appeal its decision.

Also, the Privy Council is fairly liberal, according to Rod Attride-Stirling, the lawyer for some of the LGBTQ people who took the government to court.

“If this case any further, to the Privy Council, all I can say is that in the Privy Council we have probably the most liberal bench we’ve ever had which is led by Lady [Brenda] Hale, who is one of the leading human rights lawyers in the UK and we relied on many of her judgments in this case,” he said.

But the government, which promised to prevent marriage equality in the last elections, said that the Privy Council should hear the case.

“The government’s position is that the issues involved in these matters are of general public importance to the people of Bermuda and involve complex and difficult issues of law which are appropriate for consideration by the Privy Council,” a spokesperson for the government said.

A video game lets you play as Jesus, Trump or Hitler. You win by shooting LGBTQ people.