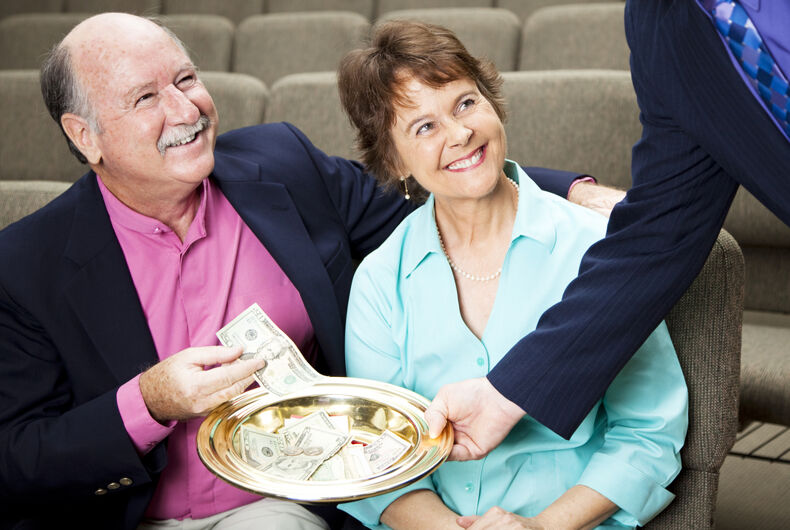 The religious right is pushing congressional Republicans to rush bills that would expand the churches’ political power through the lame duck session before Democrats gain control of the House of Representatives.

The anti-LGBTQ hate group Family Research Council (FRC) is crowing with delight after Texas Representative Kevin Brady, the current chair of the Ways and Means Committee, packed the Republican tax bill with items on the religious right’s Christmas wish list.

“Conservatives still have control of the House for another three weeks,” the group’s leader wrote in an update to followers. “And thanks to Rep. Kevin Brady (R-Texas), they’re making the most of it!”

One of the main goals of the religious right has been the repeal of the Johnson Amendment, part of US tax code that prevents churches and some types of not-for-profits from actively endorsing political candidates. As a candidate, President Donald Trump promised to repeal the amendment to gain evangelical support for his campaign.

Brady included the “Free Speech Fairness Act” into an upcoming tax bill that FRC crows is “the legislation that would finally topple the Johnson Amendment and give churches the right to speak freely on the moral issues of the day — without fear of IRS backlash.”

The bill would also recognize unborn children in the tax code in a nod to anti-abortion activists. It would allow parents and other relatives to establish a education savings account for a child that hasn’t been born yet.

It’s widely seen as a way to get the federal government to establish an unborn baby as an actual person and a stepping stone to providing fetuses with legal protections. It could also act as a tax dodge.

The bill would also eliminate some of the few taxes that churches pay. Current tax code requires them to pay taxes on the benefits provided to their employees – the same as income taxes their employees pay. These benefits are automatically taxed for businesses.

FRC estimates the change would put “almost two billion dollars” back in the far right’s pockets to be spent on campaigns against LGBTQ equality and abortion rights.