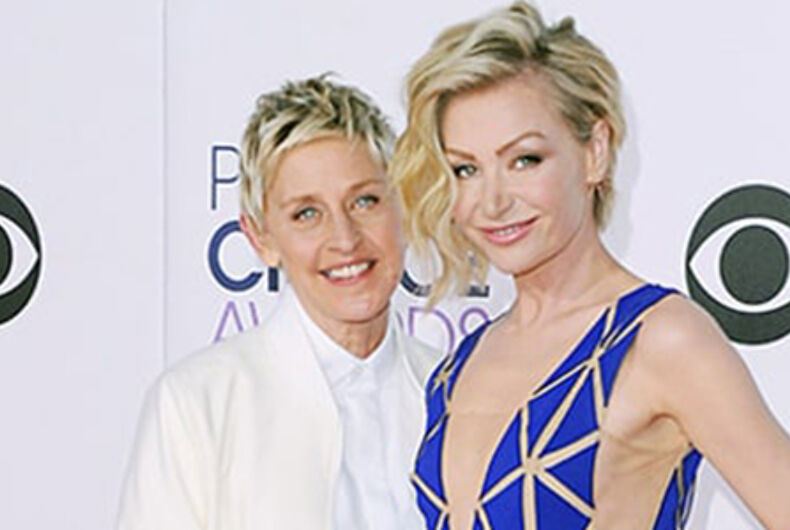 Bermuda became the first country to legalize and then ban marriage equality late last year, leading some people to call for a boycott of the Atlantic island nation.

This week, Ellen said that she cancelled her trip to Bermuda.

Earlier in 2017, the Bermuda Supreme Court ruled that the country’s definition of marriage as between one man and one woman violated the Bermudian Human Rights Act, which prohibits discrimination based on sexual orientation. Several same-sex couples got married.

Since the law past, there has been talk of a boycott of the country’s tourism industry. Ellen appears to be joining the boycott, which will give it more visibility.

Ellen linked a crowdsourcing webpage that is trying to raise 50,000 pounds (about $70,000) for legal efforts to challenge the ban. The organization behind the efforts, Same Love Bermuda, updated the page the day after Ellen’s tweet with the words “Don’t Boycott!”

Please support the LGBTQ community in Bermuda with a donation for this most important legal fight. With Bermuda becoming the first country to reverse same-sex marriage, some may feel emboldened to attempt a rollback of same-sex marriage rights in other countries. The Bermuda case has important global ramifications.

Cruise lines were offering destination weddings in Bermuda. Whether it’s a boycott or not, some people are going to be canceling their trips.

This man brought a gun to a gay bar & shouted slurs