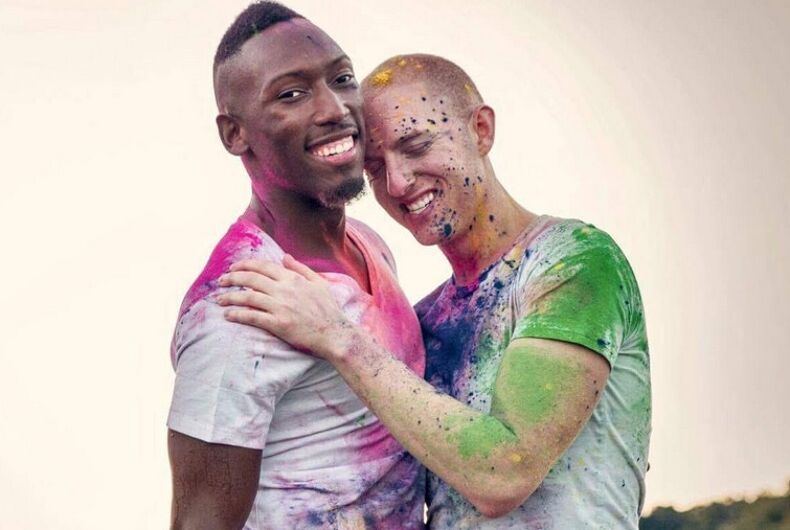 The Bermudian parliament is set to pass a ban same-sex marriage, several months after a gay couple won the right to marry in court.

The House of Assembly, Parliament’s lower house, voted 24-10 on Friday to pass the Domestic Partnership Act 2017, which would end marriage equality and create domestic partnerships for same-sex couples. Two Members of Parliament abstained.

The bill follows a Supreme Court decision that ruled that the country’s denial of marriage rights to same-sex couples was “inconsistent with the provisions of the Human Rights Act as they constitute deliberate different treatment on the basis of sexual orientation.”

Some same-sex couples have gotten married since that ruling, but the law would not invalidate their marriages.

Minister of Home Affairs Walton Brown introduced the legislation as a compromise. He said that, while he supports equal rights, there are enough votes in Parliament to ban marriage equality altogether.

“On the ground, the political reality is that if we do not lead, we would have a Private Members Bill tabled to outlaw same-sex marriage,” he said. “If that bill passes, same-sex couples have no rights whatsoever. This is tough for me. But I don’t shy away from tough decisions.”

Supporters of LGBTQ rights said that the bill was “shameful.” Shadow Minister of Economic Development Grant Gibbons said, “This is a human rights issue. We are taking away marriage equality rights from the LGBTQ community.”

On the other side, Preserve Marriage, an anti-LGBTQ organization that, despite its name, wants to rescind marriage rights for same-sex couples, lobbied against the bill, calling it “an introduction of a parallel form of marriage.”

“The public is well aware that civil unions often give legal footing to the ‘separate but equal’ argument that has led to same-sex marriage rulings in the court in other jurisdictions,” Preserve Marriage chairman Melvyn Bassett said.

Preserve Marriage also referred to a national referendum earlier this year in which 60% of voters rejected both marriage equality and domestic partnerships. The referendum was not binding because of low turnout.

The legislation now goes to the Senate and must be signed by the governor to become law.