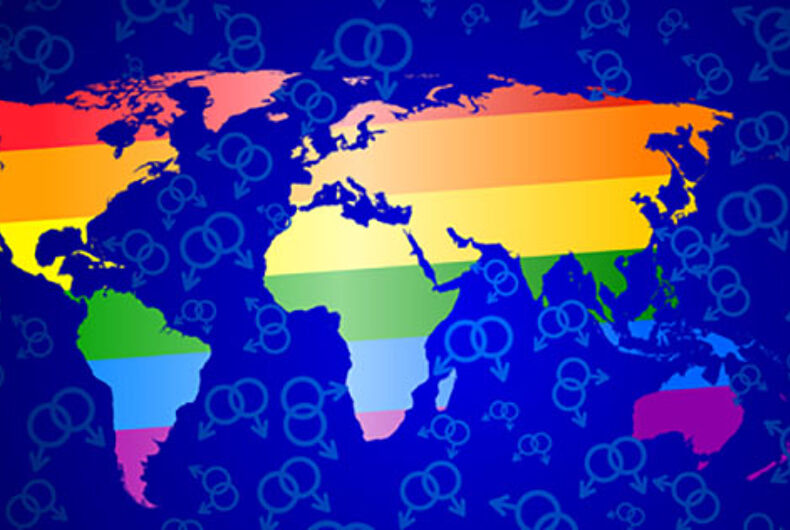 A gay couple just won marriage equality in Bermuda, and Connecticut banned harmful ex-gay therapy. But also this week, Texas advanced two laws with the potential to do serious harm to LGBT parents and kids.

And the Human Rights Campaign is calling out Bank of America for their role in getting a discriminatory bill passed in North Carolina. I’ll have that news and more on Weekly Debrief, plus actions you can take to resist these dangerous news laws.

Protestors call for Kentucky judge to recuse himself