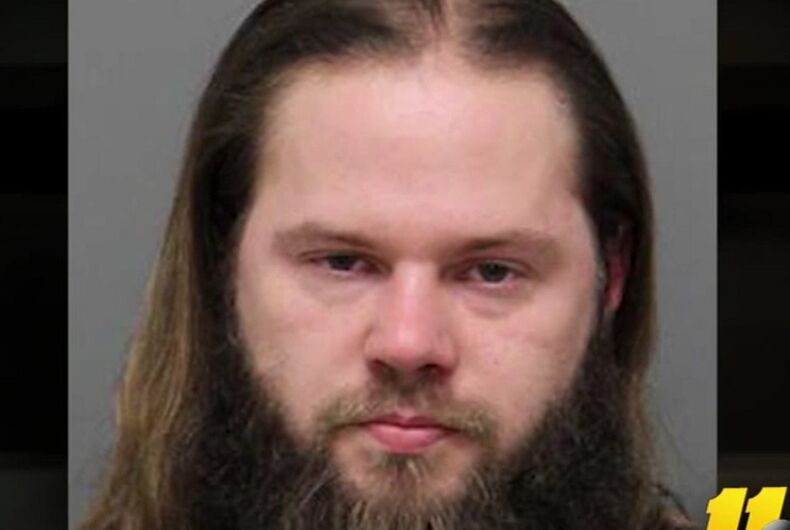 Earlier this week, a man was arrested for waving a gun and shouting homophobic slurs outside a queer club in North Carolina.

On Monday night, Grayson Pittman, 27, went to the Ruby Deluxe in Raleigh got into an argument with the bouncer at the entrance of the bar.

When the bouncer wouldn’t let him in, he pulled a holstered .22-caliber pistol out of his backpack and put it on his hip. He started yelling gay slurs.

A bar employee called 911 and, by the time police showed up, Pittman had left. Police found him at around 2 AM with a knife and a Taser in his bag. He was arrested.

Tim Lemuel, who owns the Ruby Deluxe and several other establishments, said that he was “so grateful” Pittman didn’t get into the bar.

The policy was posted to the Ruby Deluxe’s Facebook page, which says that it will be “strictly enforced.”

This is Pittman’s 12th arrest since 2010. He is being charged with two counts of carrying a concealed weapon and disorderly conduct.

Lawsuit: A drag queen’s breasts did $1.5 million of damage to a woman’s neck