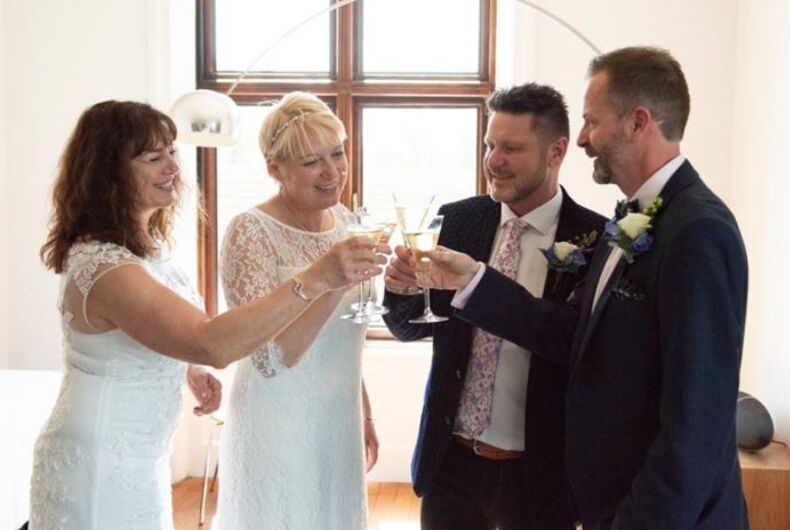 One of Australia’s top wedding magazines is shutting down, and its owners say they’re tired of being criticized for their refusal to include same-sex couples.

White Magazine‘s owners released a statement this past weekend that they will no longer produce the magazine because they don’t want to be criticized for refusing to include gay people.

“White Magazine has always been a secular publication, but as its publishers, we are Christian,” Luke and Carla Burrell wrote.

They went on to say that since Australia recognized marriage equality earlier late last year, they have gotten a “flood of judgement” from people asking why there aren’t any same-sex couples in their magazine.

“Instead of allowing us the space to work through our thoughts and feelings, or being willing to engage in brave conversations to really hear each other’s stories, some have just blindly demanded that we pick a side,” the Burrells wrote, even though they had already picked a side by refusing to include same-sex couples.

Alas, taking a political stance against equality meant that some advertisers didn’t want to be associated with them.

“The result has been that a number of advertisers withdrew their sponsorship out of fear of being judged, or in protest. We have had to recognize the reality that White Magazine is no longer economically viable,” they wrote.

While mainstream media outlets like the Washington Post are comparing this to cases where homophobic bakers and florists refuse to serve LGBTQ people, White Magazine never ran into any legal trouble for discrimination.

That’s an important distinction: the magazine became a product that its customer base – that is, advertisers… as well as readers – didn’t want to pay for anymore.

The only thing this case has in common with the other ones is that homophobic business owners feel that they should be exempt from the rules that everyone else has to follow, including the basic idea that consumers don’t have to buy a product that they don’t want.

After his phone was stolen, he was outed on social media & beaten in the street

A man was arrested at Pride for stripping down to his underwear. Now he faces 6 months in jail.