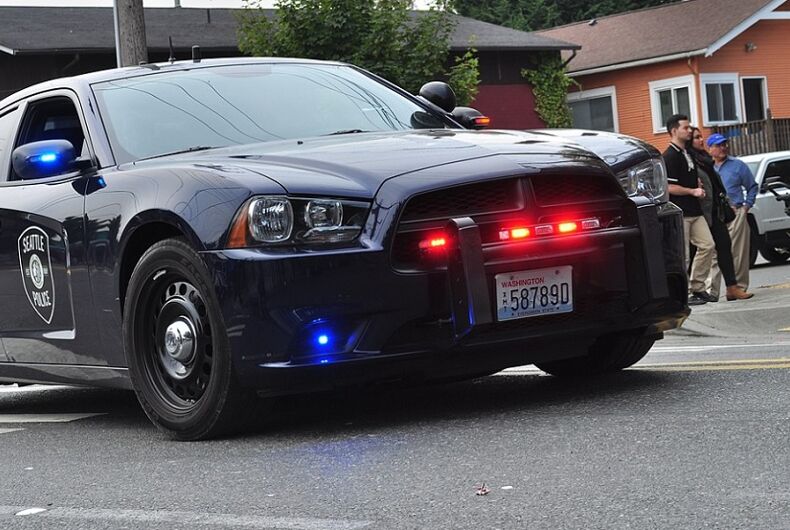 A man in Seattle got beat up after a house guest stole his phone and posted graphic pictures of him on social media. His mother in Cameroon was also beaten and her house was destroyed.

According to the police report, he let a female friend from Cameroon stay with him and his husband. She “constantly told him he needed to change from being gay” and even offered to have sex with him in order to turn him straight.

While she was staying with him in August, she stole his phone and posted pictures of him and his husband to social media and sent them to his relatives.

She even took a photo of his marriage certificate and shared it.

In one post on Facebook, the woman used an anti-gay slur and wrote that the victim “needs to kill himself after writing his will.”

Related: Gay man jailed in Cameroon for sending ‘I love you’ text to another man dies

The house guest moved out in September, but the victim’s problems didn’t stop there. The victim started getting threatening messages on his phone.

Late on October 21, the victim was returning home when two men he knew from the local Cameroonian community approached him, according to the police report.

One of the men grabbed him by his wrist while the other shook his head by his ears, which made him fall to the ground. They called him anti-gay slurs in French and told him he needs to become straight.

When he reported the crime, he said that his mother’s house in Cameroon had been destroyed and that she was also beaten up.

Earlier this month, the victim’s car was spray-painted with penises and slurs.

A police report said that the victim “was extremely emotional, sad, quiet, (and) weeping at times. He was very fearful for himself and his family in Cameroon.”

Police have arrested Christian Djoko, 27, and Rodrigue Fodjo-Kamden, 32, who are both Cameroonian, on hate crime charges for allegedly attacking the victim. Fodjo-Kamden is out on bond, but Djoko remains in jail.

Seattle Police have also requested that the FBI get involved because this case may involve international cyber stalking.

Homosexuality is illegal in Cameroon and people are still arrested for it.

According to a State Department report, “Homosexual persons generally kept a low profile because of the pervasive societal stigma, discrimination, and harassment as well as the possibility of imprisonment. Gays and lesbians suffered from harassment and extortion by law enforcement officials. False allegations of homosexuality were used to harass enemies or to extort money.”