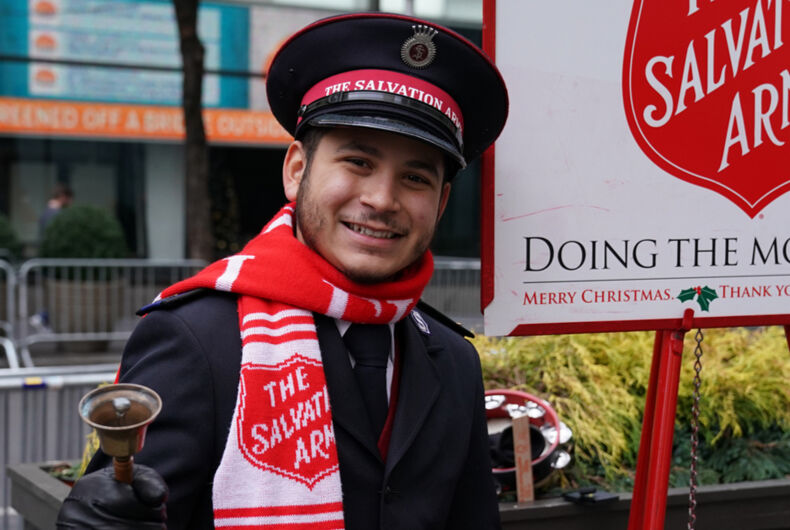 As the backlash against the Salvation Army continues, activists have created a “voucher” you can drop in the bell ringers’ red buckets this holiday season to stand up for LGBTQ rights.

Feel free to download and print out the voucher to use yourself. If you do, let us know where you slipped it in a bucket in the comments section.

She tricked anti-gay Christians into donating cash to an LGBTQ event. Now she’s paying the price.

After his phone was stolen, he was outed on social media & beaten in the street