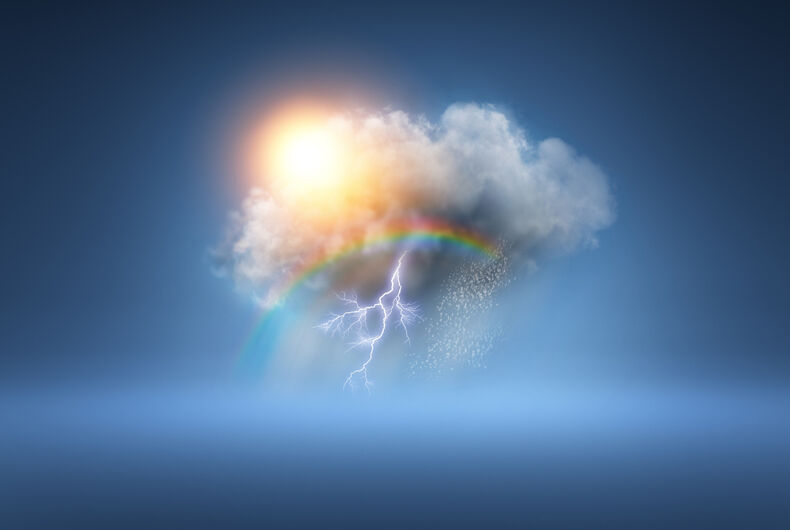 We have seen a virtual bumper crop of headline stories recently in the media.

The main story for most outlets focused on the down-to-up-then-down-again positioning of the flag on the White House flagpole after the death of Senator McCain.

Our nation has become so desensitized to violence that it now normalized to the same extent as daily weather forecasts.

Related: The Catholic Church is at war with itself over LGBTQ issues

Some forms of desensitization serve beneficial and progressive functions. Seeing a multiracial couple or two people of the same sex walking hand-in-hand together down the sidewalk once triggered people’s biases. While for some people this is still the case, for others, it has become normalized in their lives.

Unfortunately, many people have become desensitized to the day-to-day sexual and gun violence –  allowing it to reach epidemic proportions. Young people now expect gun violence to touch their lives if it has not already done so.

The media and the public have limited attention spans.

Reports of the April 20, 1999 shooting massacre at Columbine High School in Colorado, the December 12, 2012 murders of elementary-age students and their teachers in Newtown Connecticut, and the 2002 priest sex scandal and coverup in the Boston Catholic Archdiocese shocked and captured the attention of a frightened and enraged nation.

Soon, however, the media took us onto the next big story, and the process continually repeated itself. But each time, when the media reports on incidents of sexual or gun violence, the time frame grows increasingly shorter before other stories drown them out.

Rather than following each tweet from an obviously deranged resident of the Oval Office, we must focus our energy into pressuring our lawmakers to tackle the important problems facing our country in the absence of presidential leadership.

It’s time to resensitize ourselves and the nation to the scope of the problems.

After 50 years together, these women are finally married. One of them is dead.