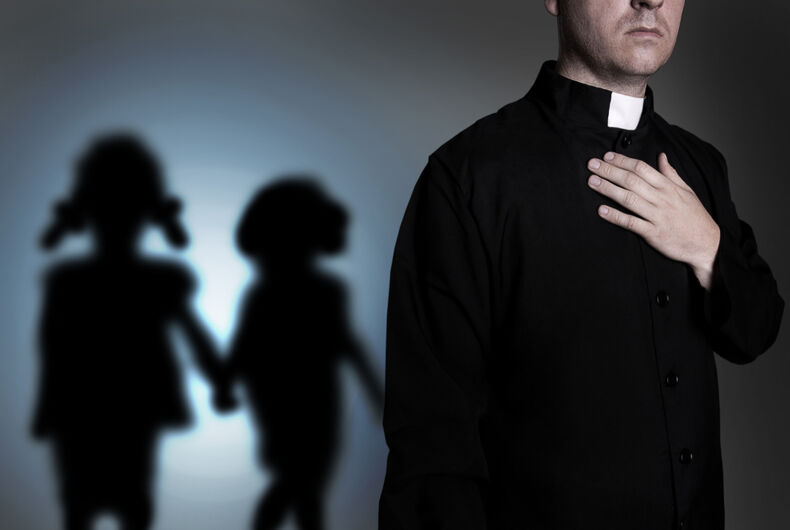 Donald Trump has rattled the cages of his already enraged supporters by mercilessly using the murder of a 20-year-old Iowa college student by a Mexican national to defend his racism. Trump has spat on the body of Mollie Tibbets to further raise his xenophobic platform, tout his unnecessary southern border wall, and as a wedge issue in the coming midterm elections.

Though he blames Democrats for any and all problems – including Tibbets’ death – statistics show that undocumented immigrants commit far fewer violent crimes than native-born U.S. citizens.

If we take Trump’s “logic” to its ultimate conclusion, if we ban immigrants because of Tibbet’s murder, we must ban immigration officers from contact with all people under the age of 18 and all people seeking refugee status due to the Trump administration’s terrifying family separation policies and deportations of people fleeing brutality.

We must ban all Catholic priests from contact with minors because of abusive actions by thousands of priests.

We must ban all lawyers from practicing law and from serving as legislators and judges because of criminal actions by Michael Cohen.

We must ban all police officers from patrolling any areas because of murderous actions by some.

We must ban the United States military from taking up arms anywhere around the globe because of their unjustified and disastrous incursions into Southeast Asia and Iraq.

And we must ban all men from fields where they are near women and girls because many men have sexually harassed and molested them.

Trump has never gently blown into a dog whistle, but, rather, has loudly blared into a bullhorn as he screams his white nationalist platform. Far worse, it resonates with approximately 40% of the electorate.

Xenophobes like Trump connect narratives representing immigrants and migrants at our borders with the language of crime, drugs, disease, and lower life forms. He paints visions of invading hordes of barbarians at the gates who if allowed to enter will destroy the glorious civilization we have established among the lesser nations on Earth.

On a more basic and personal level, the rhetoric of invasion on our borders taps into psychological fears, or more accurately, of terrors of infection: our country, our workplaces, and more basically, our private places where “aliens” forcefully penetrate the spaces around our bodies, into our orifices, and down to the smallest cellular level.

This divide and conquer strategy separates white working-class citizens who end up voting against their own economic self-interests.

Somehow, Trump nominated an out lesbian judge to the federal bench & Republicans liked her