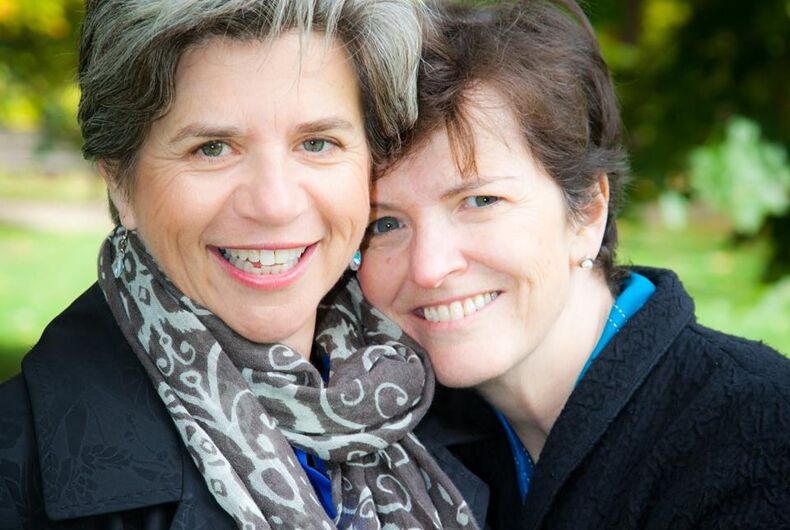 It may be as much chance as intent, but occasionally Donald Trump manages to do the right thing. In a move that is remarkable for someone so beholden to the religious right, Trump has selected out lesbian Mary Rowland to serve as  a judge on the U.S. District Court for the Northern District of Illinois.

Rowland is Trump’s sole LGBTQ judicial nominee and stands in sharp contrast to the usual nominee that Trump picks. Trump has outsourced judicial nominees to a right-wing group, and conservatives are gleeful about how the judiciary is being reshaped.

According to a 2017 Lambda Legal, nearly one-third of Trump’s judicial nominees have an anti-LGBTQ record. Still, the fact that Trump would see fit to nominate a member of the Gay and Lesbian Bar Association has given some of his supporters heartburn.

“Her professional associations raise doubts as to whether Rowland would separate her homosexuality from her jurisprudence,” LifeSiteNews, a far-right Catholic website, worried.

Despite the right’s fears, Rowland’s presence on the bench isn’t going to change the anti-LGBTQ tilt that Trump is instituting in the federal judiciary. She was one of three nominees to that particular court, and the other two have strong conservative credentials.

One nominee, Martha Pacoid, clerked for Supreme Court Justice Clarence Thomas, while the other, Steven Seeger, graduated from Wheaton College, the evangelical school mired in controversy about its treatment of LGBTQ students.

Still, Rowland is a refreshing corrective to the run-of-the-mill ideologue that Trump favors. Married to civil rights attorney Julie Justicz, Rowland has been a United States Magistrate Judge for the Northern District of Illinois since 2012. At the time of her appointment then, she was one of the few openly LGBTQ judges in the federal court system.

Unfortunately, the odds that Trump will continue to swell those numbers is very, very small.

If Trump wants to ‘protect our kids,’ why isn’t he banning priests instead of migrants?

Pope Francis tells parents not to reject gay kids, but send them to therapy to ‘see how things are’