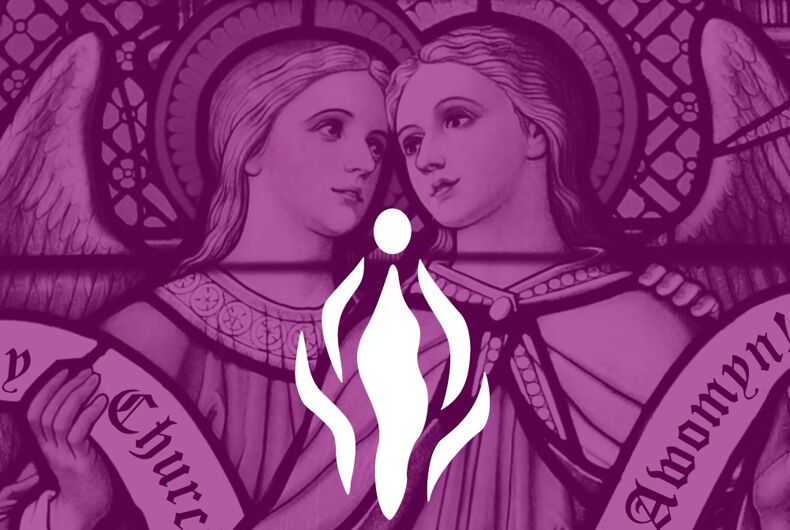 Transgender exclusionary radical feminists (TERFs) have formed a “church” and the federal government has recognized it as a tax-exempt religious entity. The group’s main doctrine is a thinly veiled attack on transgender people.

Forbes reports that the Trump administration gave the thumbs up to the “Pussy Church of Modern Witchcraft.” With Attorney General Jeff Session’s militant advocacy for “religious freedom” laws and regulations to protect religious hate groups, is it any wonder the administration rubber stamped the vagina-approved group?

“We come together to form a congregation of adherents to our female born, lesbian-feminist-based religions beliefs and traditions,” the group writes on their website. “At Pussy Church, we serve Women and Girls and our emotional and spiritual needs. We cannot serve these needs in the presence of men, as men as a class are the cause of the harm that women experience globally.”

“Males are not permitted to participate, regardless of how they identify. We expressly reject the concepts of gender identity, transgenderism, and gender as being meaningful to defining what a Woman or Girl is.”

TERFs and transgender people – particularly trans women – have a long history of internecine warfare. The radical feminists have previously aligned themselves with the religious right when it comes to transgender people.

Forbes notes that a “cynical bastard might think that this enterprise is a clever way to end run around existing and proposed anti-discrimination laws, because religious liberty trumps those sorts of things which the Supreme Court recently confirmed in Masterpiece Cakeshop v Colorado Civil Rights Commission.”

The outlet reports that representatives of the “church” refused to neither confirm nor deny that challenging trans civil rights laws was the motivation for the group’s establishment. Several large anti-LGBTQ hate groups dedicated to undoing civil rights laws have recently reclassified themselves as churches rather than not-for-profits to hide the names of donors.

The identity of church members, donors, nor leaders are not disclosed on the “church” website. Cathy Brennan, a notorious lesbian lawyer heavily involved in the TERF attacks disguised as a lesbian rights movement, is believed to be behind the effort. Brennan has previously carried water for the religious right in her quest to demean transgender people.

The group says part of their scripture includes Audre Lorde’s book, Sister Outsider, which is ironic since Lorde decried the notion behind the “church.” Lorde was a queer African-American civil rights activist, poet, and feminist who shook up the movements with which she was involved by promoting the concept of intersectionality well before the term was coined by Kimberlé Crenshaw in 1989.

“As a black, lesbian, feminist, socialist, mother of two including one boy and a member of an interracial couple, I usually find myself part of some group in which the majority defines me as deviant, inferior, or just plain ‘wrong’,” she wrote in an essay titled “There Is No Hierarchy of Oppressions”

“From my membership in all of these groups I have learned that oppression and the intolerance of difference come in all shapes and sizes and colors and sexualities; and that among those of us who share the goals of liberation and a workable future for our children, there can be no hierarchies of oppression.

These small town firefighters will leave you hot & bothered

Vandals deface a plaque commemorating gays who were executed in France