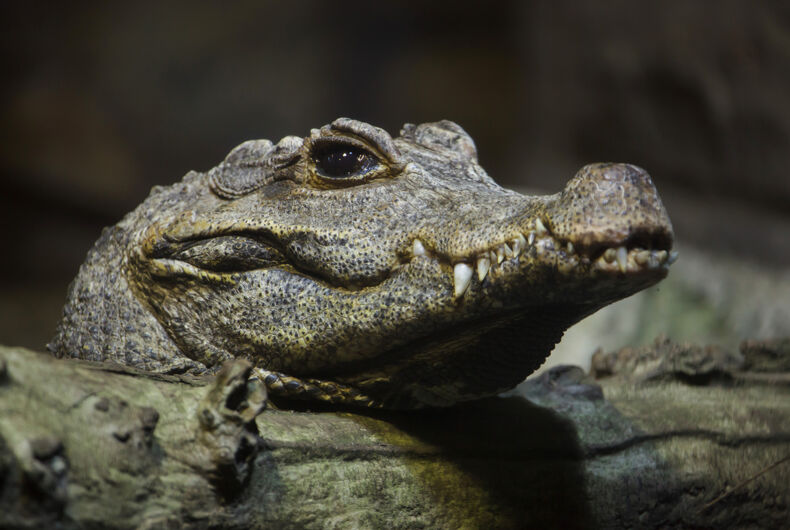 A group of so-called “radical feminists” have been lobbying the UK government recently to discriminate against transgender people. The country is considering changing the Gender Recognition Act (GRA) to make it easier for transgender people to change their legal gender.

Trans-exclusionary radical feminists, or TERFs, have a long history of aligning themselves with the religious right when it comes to transgender people – trans women, in particular.

But one dingbat “environmentalist and eco-activist” has really taken it to the next step. She’s almost hit the same level as the rightwing Christians who believe that LGBTQ people are responsible for weather catastrophes.

Speaking at a meeting organized by the anti-trans group We Need To Talk, Elizabeth, who declined to give her last name, let out a whopper of a claim that’s so laughable the would-be “radicals” are sure to buy it.

But instead of gay sex causing tornadoes, in her head the hormones trans women take are causing crocodiles to be “forcibly” turned transgender.

“Another thing that really breaks my kind of heart is oestrogen-ic pollution, which is that because of trans and because of HRT [hormone replacement therapy],” she told the gathering according to the UK outlet PinkNews.

As proof that Mother Nature has a sense of humor and Elizabeth’s not the sharpest tool in the garden shed, some crocodiles live in saltwater. All crocs can better tolerate saltwater due to specialized salt glands for filtering out salt, which are present, but non-functioning, in alligators.

“If they really cared about ocean pollution then they’d campaign on plastic waste rather than finding yet another thing to blame trans people for.”