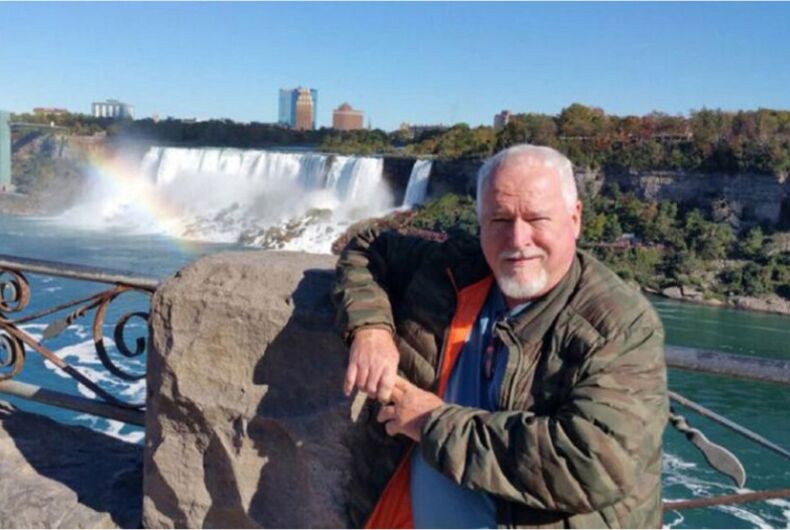 Authorities have charged Toronto landscaper Bruce McArthur with another count of murder, bringing the total charges up to eight.

Police allege that McArthur killed Kirushna Kumar Kanagaratnam, a Sri Lankan immigrant to Canada in 2010. They believe Kanagaratnam, whose dismembered body was found in a potted plant, was killed in late 2015.

Kanagaratnam, who was not listed as missing, would have been 37 at the time of his death.

McArthur has also been charged with killing Selim Esen, Andrew Kinsman, Majeed Kayhan, Dean Lisowick, Soroush Mahmudi, Skandaraj Navaratnam and Abdulbasir Faizi. When arrested, McArthur had a naked man bound to a radiator in his apartment.

Unlike the previous victims, police so far have not made a connection between Kanagaratnam and Toronto’s gay village. McArthur had a relationship, some of them sexual, with his other victims.

Despite outcry and please from the LGBT community, Toronto police continued to downplay the murders, saying it was not the work of a serial killer. It took police six months after the death of LGBTQ activist Andrew Kinsman in June 2017 to arrest McArthur in connection with Kinsman’s death and the other deaths of other gay men.

Kinsman, unlike the other victims, was white.

Earlier this month, the police agreed not to march in uniforms in the June 24 pride parade, as requested by the organizers.

40 years ago, between 1975 and 1978, 14 gay men in Toronto were murdered — with striking similarities to the current cases. Half of those 1970s cases were solved, but police are now investigating possible links from the current murder cases. McArthur was a Toronto resident at the time.

‘The most dangerous woman in America’ dies after battle with cancer