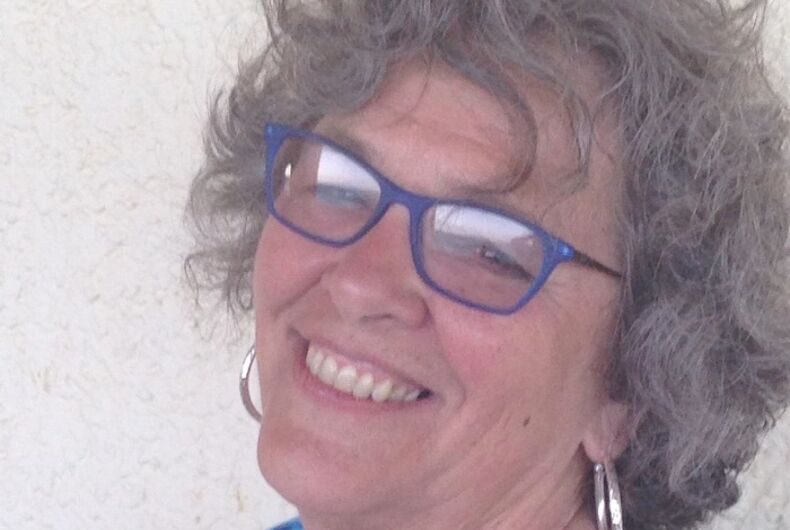 The LGBTQ movement lost a dear friend and vital champion on Monday when activist Donna Red Wing died at home after a courageous eight-month battle with lung cancer.

During her more than three decades advocating for civil rights, the Christian Coalition labeled Red Wing “the most dangerous woman in America.” Many more people knew her as a friend, a fellow activist, and an inspirational leader.

Red Wing held many positions in the LGBTQ equality movement. For the past two years, she served as the director of the Eychaner Foundation, an organization in Des Moines, Iowa which promotes tolerance and non-discrimination.

From 2012 to 2016, Red Wing served as the executive director of One Iowa, where she expanded the organization’s work into new areas, including launching a summit for LGBTQ seniors and working with law enforcement to teach officials to be more inclusive.

“Donna was a force to be reckoned with and will be greatly missed by individuals across the country,” said Daniel Hoffman-Zinnel, the organization’s executive director. “Donna inspired so many, including myself.”

Before moving to Iowa, Red Wing was executive director of Grassroots Leadership and chief of staff at Interfaith Alliance in Washington DC. She held leadership roles at the Gill Foundation, Human Rights Campaign and the Gay & Lesbian Alliance Against Defamation.

While directing the Lesbian Community Project in Oregon, Red Wing was featured in a Sundance Award-winning documentary film about the 1992 struggle against the anti-LGBT Ballot Measure 9.

Red Wing is remembered by leaders and colleagues across the LGBTQ movement.

“The HRC family is deeply saddened by the loss of our friend, Donna Red Wing. She dedicated her life’s work to civil rights, and her legacy will forever be woven into the fabric of the LGBTQ equality movement,” said HRC Senior Vice President for Policy and Political Affairs, JoDee Winterhof.

“Many in the HRC family had the honor of working alongside Donna during her time as HRC’s National Field Director and across many states and campaigns in more recent years. For more than three decades, generations of advocates bore witness to Donna’s tenacity, deep commitment to equality and justice, and her many accomplishments, which inspired all those around her. Our hearts go out to Donna’s family and many friends who are grieving her loss.”

“Donna was a true hero and inspiring voice who will be greatly missed,” said Wayne Besen, founder of Truth Wins Out, who worked with her at The Human Rights Campaign. “Donna was possibly the best orator in the LGBT movement, a tireless activist, and a kind, loving soul whose contributions should be remembered and celebrated. I love Donna and miss her dearly.”

Donna Red Wing is survived by her wife and partner for more than 30 years, Sumitra, son Julian, grandson Jasper and twin brother David.

What an extraordinary event. 26,000 people marched on the State House. Here in Iowa…first in the nation caucus…