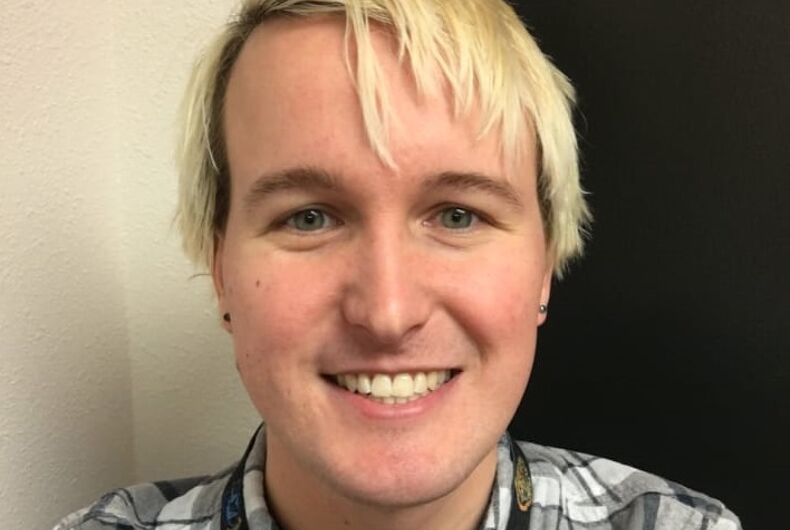 A Trump nominee has come under fire for anti-transgender comments he made to his daughter and for his extremist Twitter feed.

Frank Coffman was nominated to the position of U.S. Marshal for the Eastern District of Oklahoma last year.

After he was nominated, his daughter Bailey was interviewed by The Gayly. She said that when she told her family she was transitioning, her father said, “This goes against the way you were brought up” and that she was “influenced by demons and the devil and more.”

“I just felt sick to my stomach, I didn’t think at the time there was anything I could do,” she said. “I felt humiliated. I’m sure I felt a lot of the same things he felt when I came out to him.”

On March 14, 2018, Senators Dianne Feinstein (D-CA) and Cory Booker (D-NJ) sent a questionnaire to Frank Coffman asking about those allegations and about his Twitter feed, which Buzzfeed just obtained.

In the questionnaire, Feinstein asks Coffman if Bailey was really his child. He dead-named his daughter in his response: “Nicholas Bailey is my child whom I love very much.”

Feinstein asked if he really told Bailey that she was influenced by demons and corrupted. He responded in one word: “No.”

“He said those things, and my family sat there crying or shouting about how if I transition, I don’t respect my family,” Bailey said.

Bailey’s brother Jacob denies that their father made negative comments about Bailey’s transition. “I know it was a shock to our family,” he said.

Misgendering his sister, Jacob said that their father “was just confused about whole situation. I remember my dad hugging him and saying, ‘I want to understand.’”

“Even if he wasn’t supportive of that type of, I don’t want to say lifestyle, but that lifestyle, when it comes to his job, that is not going to change anything he does in the law,” he said.

Feinstein also asked Coffman about his Twitter feed, which included two anti-trans tweets from Franklin Graham, one which called an Obama Administration policy for the military to pay for transgender people’s health care “moral garbage” and another that said that the NBA and the NFL “have lost their minds, as well as their moral compass” because they supported transgender rights.

“I often re-tweet tweets from a variety of individuals on a variety of issues to elicit conversation,” he responded. “These re-tweets are not endorsements.”

Feinstein and Booker also asked Coffman about a number of tweets that denied the existence of racism, including re-tweets that called Black Lives Matter “lawless,” re-tweets that said that “God’s hand” intervened in the 2016 election to stop the “godless, atheistic progressive agenda,” and an article he linked that accused Barack Obama of wiretapping Donald Trump before the election.

He gave the same answer about how he re-tweets just to “elicit conversation,” and made a few comments about how he doesn’t know much about racism in law enforcement.

“Given the concerns and allegations raised by a member of the nominee’s immediate family, and the inflammatory and demeaning tweets by the nominee, the burden is on him to prove that these things are not true, he does not believe these things, and he can be fair and unbiased,” said Harper Jean Tobin of the National Center for Transgender Equality. “These minimal answers are not enough.”

Is this Clearasil commercial homophobic or all in good fun?

‘The most dangerous woman in America’ dies after battle with cancer