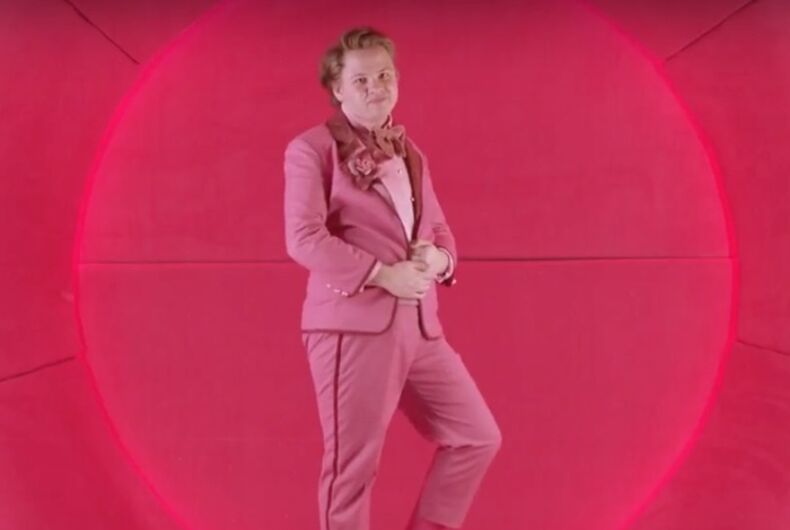 Is this portrayal of a pimple as a gay man homophobic?Photo: Screenshot

Clearasil’s new commercial is causing backlash on social media as customers and critics accuse the popular acne medicine of being homophobic.

The company’s new spot, “Pimples Make Terrible Prom Dates,” features two girls talking about prom when one notices she’s developing a pimple. Playing the part of the zit is… a gay teen.

The flamboyant “pimple” is dressed in a pink suit and is obviously the foil to the girl’s heterosexual prom date.

Social media users were quick to take the brand to task – especially since another cut of the commercial doesn’t use any anti-gay stereotypes to make the same point. After all, is it necessary to kill the stereotypical gay man for the girl to get her man?

“An offensive stereotype of a gay man as a pimple? All decked out in pink and whining like a big queen? Really?,” Ken Overholt wrote on YouTube in the comments of the video. “Why not cast a black man as a blackhead? Are you getting the point?”

What do you think? Offensive or funny?