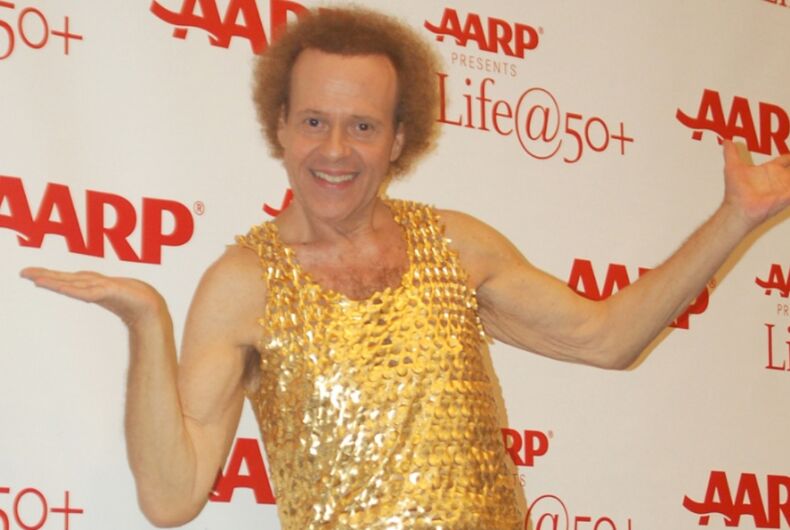 A judge has ordered Richard Simmons must pay the publishing company American Media, owner of tabloids the National Enquirer and Radar Online, nearly $130,000.

Simmons sued the company for defamation after it reported he was transgender, and had “undergone shocking sex surgery to change from a man to a woman,” which the fitness instructor and actor has denied. He has said that the false information came from a former assistant, Mauro Oliveira.

L.A. Superior Court Judge Gregory Keosian dismissed Simmons’ case in August. It is believed to be the first time a legal precedent has been set that being labeled transgender is not defamatory.

“While, as a practical matter, the characteristic may be held in contempt by a portion of the population, the court will not validate those prejudices by legally recognizing them,” Keosian ruled.

Keosian ruled on Friday that Simmons must pay $128,625 to American Media, covering $110,250 for the general costs of preparing the dismissal motion, as well as outstanding lawyer fees.

The defendants had sought $220,000, which Simmons’ lawyers criticized as inflated.

Simmons is appealing the dismissal ruling.