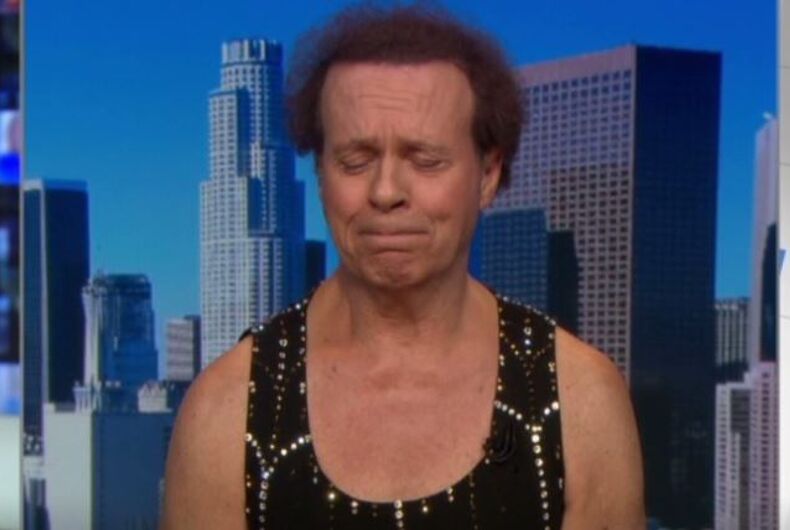 Simmons filed a lawsuit against the publications in May for saying he was transgender and in the process of transitioning, a claim he denied in no uncertain terms while also saying he supported the LGBTQ community. As we noted back then, in order to sue for defamation the plaintiff must show damages to their reputation.

“While, as a practical matter, the characteristic may be held in contempt by a portion of the population, the court will not validate those prejudices by legally recognizing them,” Keosian ruled.

Keosian, who is set to issue a final ruling in the coming days, pointed to precedent that misidentifying someone’s race is not defamatory, and argued that it should be no different when it comes to being misidentified as trans.

“There are giant segments of society in this country who endorse the kind of prejudice and hatred and shunning of transgender persons in a way that is dramatically different than the way we treat race in this country,” argued Simmons’s attorney, Rodney Smolla.

“It’s not something that is actionable,” attorney Kelli Sager said, arguing for the defense. “There is nothing inherently bad about being transgender.”

Simmons is planning to appeal the decision, provided the judge’s final ruling goes as expected, according to TMZ.

You’ll never guess who Christian leaders are blaming for Hurricane Harvey. Ok, you will.