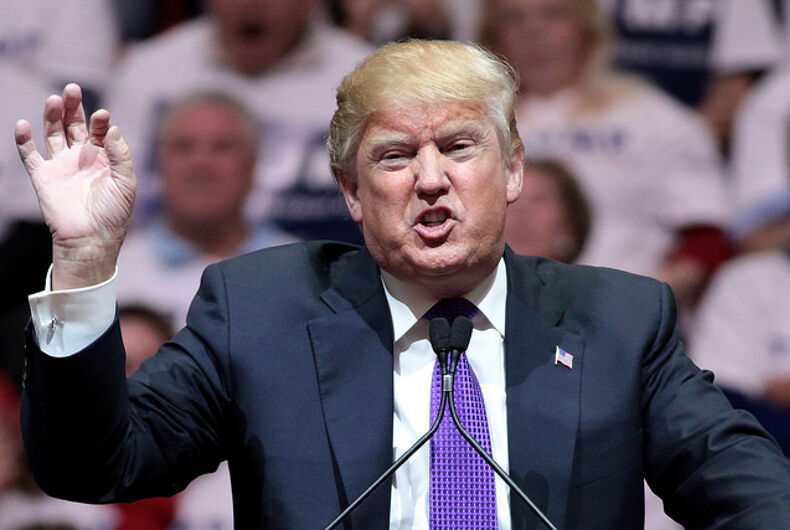 “The military is a very professional organization. It’s also a very young organization. And here the commander-in-chief is essentially saying it’s okay to discriminate against this group of people. So I worry about how that message is being received, particularly by young people in uniform. And I worry about the environment that creates for open trans service members,” he said.

Fanning, who served at the end of Barack Obama’s second term in office as the first openly gay Army secretary, was instrumental in efforts to provide trans soldiers with full equality.

“Not just the way he has gone about announcing this via tweet, but the idea that we would just say to a group of people who’ve been told they can serve openly, ‘never mind,’ after they’ve identified themselves. We’ve never done that before,” Fanning said.

He noted that over time, we have increased opportunities for service, ending racial and gender discrimination, and repealing Don’t Ask Don’t Tell.

“Never have we gone back and changed the policy to tell people who are serving, meeting your standards, in your jobs for which they’re trained, that there’s not a future for them.”

As for talk that the administration might let trans soldiers already serving continue to do so, Fanning said he imagines “the lawyers just couldn’t figure out how to make work the idea of discharging people who are already serving and have been told they could serve openly.”

Defense Secretary James Mattis released a statement explaining that, for the time being, “current policy with respect to currently serving members will remain in place” while implementation of Trump’s policy can be best handled. This managed to cause even more confusion, in a situation that began as a mess and has only gotten messier.