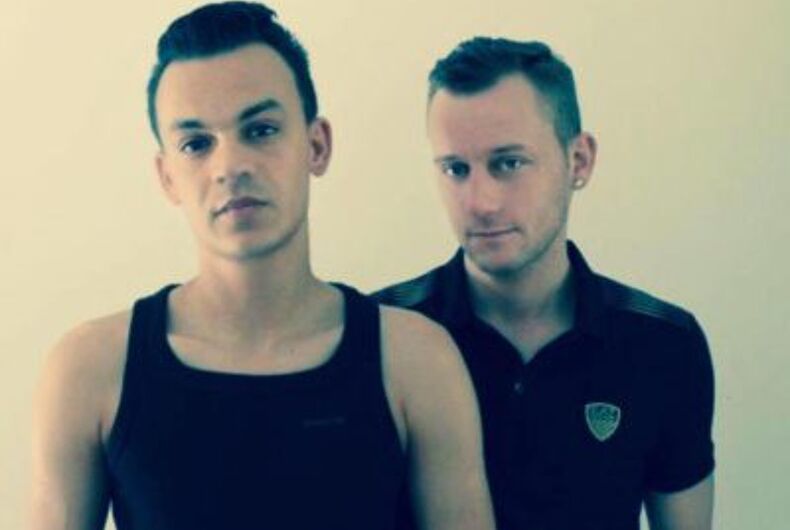 Last year, a gay couple who was holding hands was brutally beaten in a small town in the Netherlands by a group of teens.

In the teens’ trial, the prosecutor only sought community service.

Jasper Vernes-Sewratan and his husband Ronnie Sewratan-Vernes last April in Arhem, Netherlands, when they came across a group of six to eight teenagers.

The teens beat the couple, and the couple said that one of the teens used bolt cutters to beat them. Ronnie lost five teeth in the attack and suffered a laceration to the upper lip.

“I saw him lying in a pool of blood,” Jasper said.

The brutal attack led to protests all over the Netherlands, with famous Dutch men posting pictures holding hands in solidarity with the victims.

Four of the teens have been charged in the crime, but the prosecutor are not seeking hate crimes charges.

While the public prosecutor’s office said that the investigation confirmed that anti-gay slurs were used during the attack, there’s no evidence that anti-gay animus was the motivation behind the attack

Instead, the prosecutor said that “comments from side to side” are common during “nightlife violence.”

The prosecutor also said that there was no proof that one of the teens beat Ronnie with bolt cutters.

Gerald Roethof, the defense attorney, said that Jasper was actually the first person to throw a punch in the fight. He did not explain why he would attack one of the teens.

Roethof also said that his clients didn’t use the word “flikker” to mean “faggot,” but as a general, non-homophobic insult.

The defense also denied that any of the teens used bolt cutters in the attack.

The teens, who were 14- to 16-years-old the night of the attack, were sentenced to 100 to 180 hours of community service. The trial was held this week behind closed doors because the defendants are minors.

“I see the sentences for the four suspects as confirmation of what we have experienced,” Ronnie, who has undergone surgery several times since the attack, said.

“According to the prosecutor, there is no beating with a concrete scissors, while two doctors think so. I find it very disappointing,” Jasper said.

Roethof said that 180 hours of community service was “exceptionally heavy” considering that none of them had criminal records.

Is Paul Ryan about to resign?