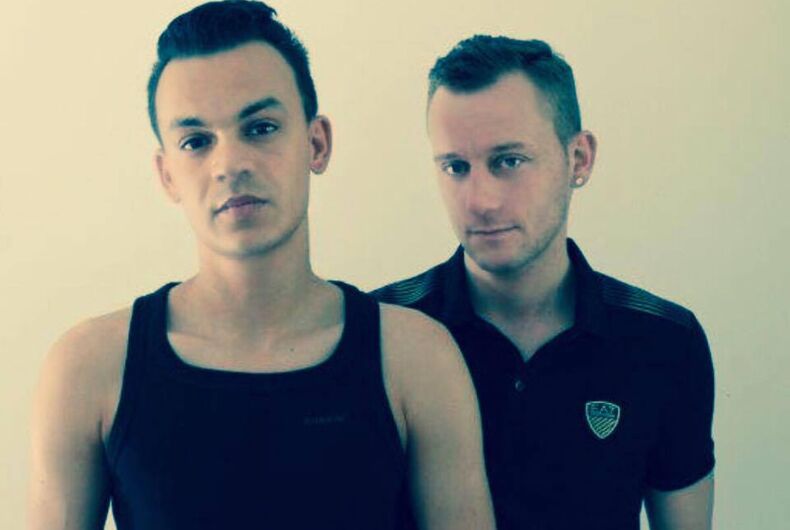 A gay couple was brutally attacked by a group of teenage boys in a small town in the Netherlands.

Jasper Vernes-Sewratan and his husband Ronnie Sewratan-Vernes were holding hands while walking down the street, something they don’t normally do. “We normally never do it. Not really. We are not the provocative type. And in the year 2017 just cannot just walk hand in hand without getting hurled insults at your head.”

This past Saturday, though, they were holding hands after a night out. And a group of six to eight teens on bicycles started to shout insults at them. “They began to shout: disgusting, dirty, homo, things like that,” Jasper told RTL Nieuws.

The situation escalated into pushing, according to a post written by Jasper on Facebook, and then the two were separated and were each beaten by a group of teenagers. Ronnie lost four teeth and suffered a laceration to the upper lip after one of the attackers beat him with bolt cutters.

“I saw him lying in a pool of blood,” Jasper told AD.

After the attackers left, Jasper called an ambulance.

Jasper wrote on Facebook that the attackers were Moroccan, but he did not say how he knew. Police have already arrested two people in connection with the crime, a 14-year-old and a 20-year-old, and are still looking for more suspects.

A local gay organization, Gay Hospitality Arnhem, released a statement. “We must not let go of this injustice. The Netherlands is a country where everyone should be seen, regardless of orientation, gender, ethnicity, religion or skin color! Holding hands should not create fear, showing affection should not run the risk of a maimed face.”

When did Supreme Court nominations become so political?