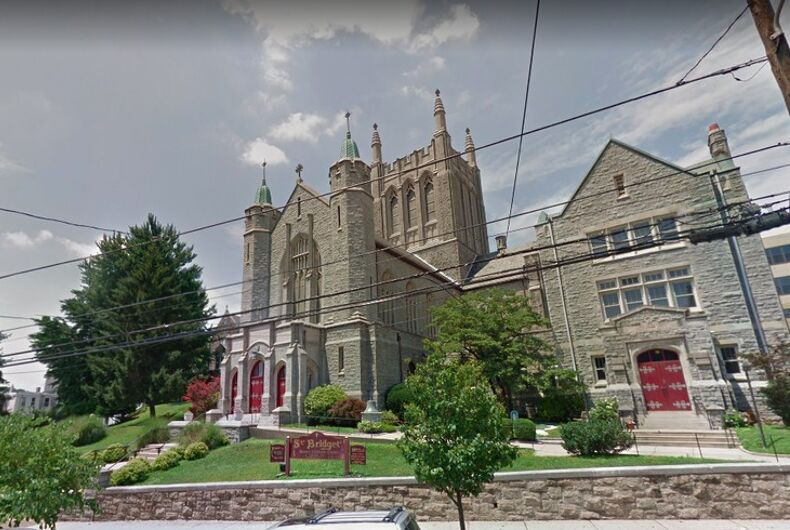 Someone hung an antigay banner over the sign of a Philadelphia Catholic church, forcing it to issue a statement that it was not responsible for the offending message.

Rev. Robert Feeney, of St. Bridget Catholic Church, shared that the sign “was NOT placed there” by staff or clergy. He added that all were welcome.

The Catholic Church’s official stance is that marriage should only be between one man and one woman.

St. Bridget is the latest church targeted by anti-LGBTQ individuals.

A church in Billings, Montana, has been vandalized twice this year, with swastikas spray painted on a door and a rainbow flag, “NO GAYS” tagged on a sign welcoming all, and antigay fliers left behind.

A church in Charlotte, North Carolina was also recently vandalized yet again, with “FAGS ARE PEDOFHiLES” (sic) painted across the rainbow doors.

Scientists discover DNA that could be responsible for gender identity