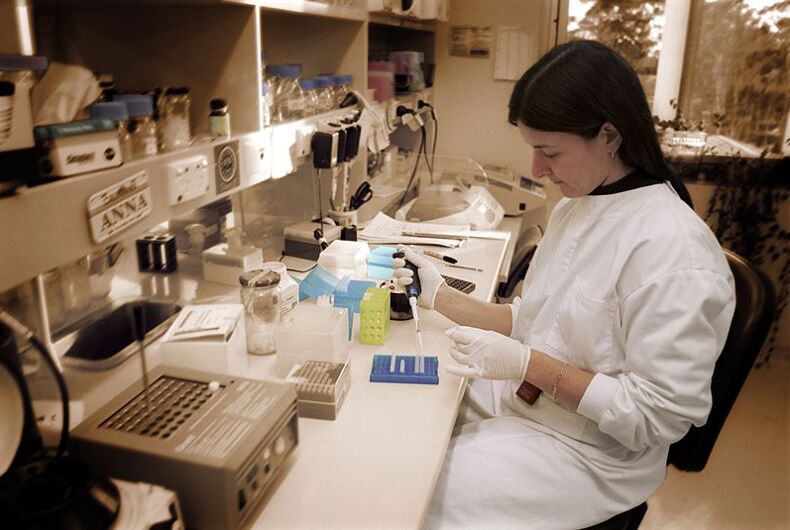 Scientists believe they have identified genetic variants that may play a role in gender identity, giving backing to gender dysphoria having a physical basis.

This is the first time a panel of genes, including DNA, involved in the development of nerve cells and the manufacture of sex hormones, that could help explain why someone might experience their gender as different from what they were assigned at birth has been discovered, The Times reports.

“It lends legitimacy, if that needs to be added, that transgender is not a choice but a way of being,” said geneticist Ricki Lewis. “I think people will be excited by this.”

Dr. John Theisen, a professor of Reproductive Endocrinology, Infertility and Genetics at Augusta University, led a team of scientists who sequenced the DNA of 14 female-to-male and 16 male-to-female transgender people, looking for genetic variants they shared, but that were present in fewer than one in 10,000 people in the wider population.

30 such variants were identified. Nine of those were in genes involved in the growth of brain cells, or the production of estrogen and testosterone.

While Dr. Theisen cautions his research is still in its early days, with a relatively small sample size, and it has yet to be peer reviewed, but the findings line up with other studies that have found a likely physical cause for gender identity.

Vincent Harley, a molecular geneticist at the Hudson Institute of Medical Research in Victoria, Australia, who led a team that discovered trans people are more likely to have a particular variant in a testosterone receptor gene than cisgender men, said he hopes the new findings by Theisen’s team can be replicated in a larger study.

The findings were presented earlier this month in San Diego at a meeting of the Society for Reproductive Investigation.

“There is a growing amount of scientific evidence that, within the brain, there is a biological basis for these unusual gender identities, just as there is for being right or left-handed,” said Bernard Reed, founder and trustee of the Gender Identity Research and Education Society. “Already, this has led to acceptance within the World Health Organisation and NHS England that the development of an unusual gender identity is not a mental illness.”

In 2012, the American Psychiatric Association removed “Gender Identity Disorder” from The Diagnostic and Statistical Manual of Mental Disorders (DSM).

Who hung an antigay banner on this Catholic Church?