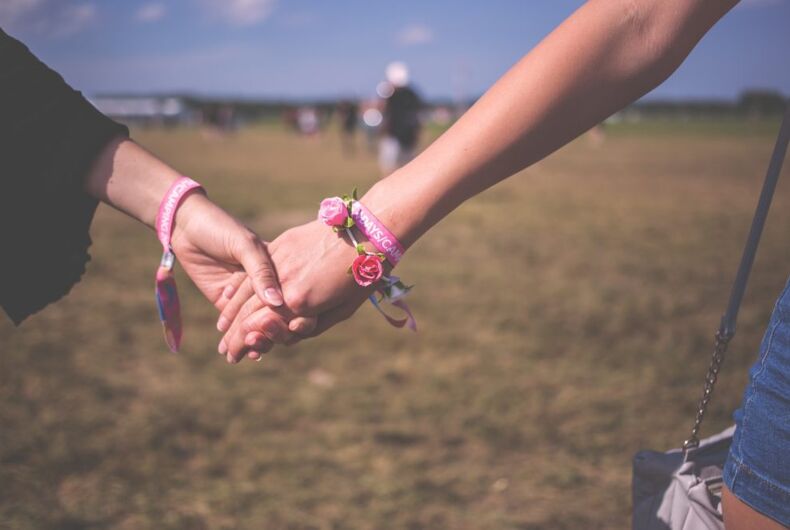 Two students have been suspended from an Alabama high school over a lesbian prom proposal.

The female student who asked her girlfriend to prom during Alexandria High School’s talent show on Tuesday and another girl who helped her were given in-school suspension, senior Ashley Fadely told AL.com.

The girl who was asked to the prom was reportedly performing in the talent show and has not been disciplined.

She said school officials called the “promposal” a “disruption,” but Fadely said there had never been any issues when opposite gender couples asked each other to prom in a similar manner, and even one marriage proposal.

Fadely added that what happened did not strike her as disruptive.

“I was there when it happened. It was right after her performance. No words were spoken by them. They just got happy, hugged and that was it,” she said.

Students have been taking to social media to post their outrage over the punishment of the students, and Fadely said many are now saying they will boycott prom if the female students aren’t allowed to go together.

I know that I opened a can of worms, but this is a conversation that has been needed to have happened at Alexandria High School, sooner or later.

“I don’t think it was right that they might not be allowed to go to prom. I’ve decided…I’m not going to prom,” she said. “Some students have been trying to get refunds for prom (fees already paid).”

The school’s principal and superintendent did not respond to requests for comment.