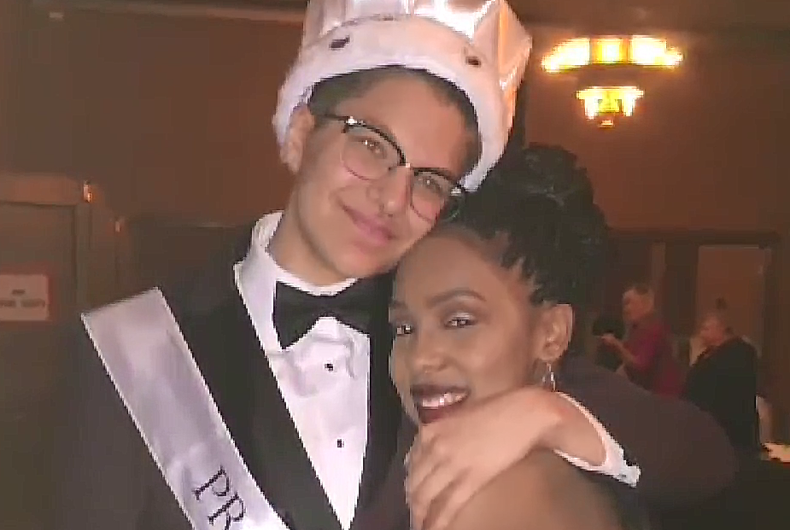 A transgender boy was named Prom King of an Indianapolis high school this weekend.

Alan Belmont, 17, came out as transgender during his sophomore year at North Central High School. Since then he has faced some bullying, but he still wanted to run for Prom King because he felt a “surge of confidence” this year.

Belmont told WTHR, “They announced my name, and the crowd cheered so loud and it warmed my heart so much. The whole night was full of people cheering me on so seeing that they voted for something so big was incredible.”

He says that he has encountered some ignorance. In one case, someone crossed out “king” in his “Al Belmont for Prom King” flyer and wrote “queen.” Belmont says that his friends promptly took it down.

“I brush it off, because I know my cause is greater than their ignorance, and I don’t want that to be the focus of my identity,” he said.

After winning the title this weekend, he used his platform to send a message to others who are bullied at school. “I want kids to know that confidence is the key to surviving bullying. If you love yourself, negative words mean nothing if you know they aren’t true. Believe your own happiness and love over others’ negativity and hate.”