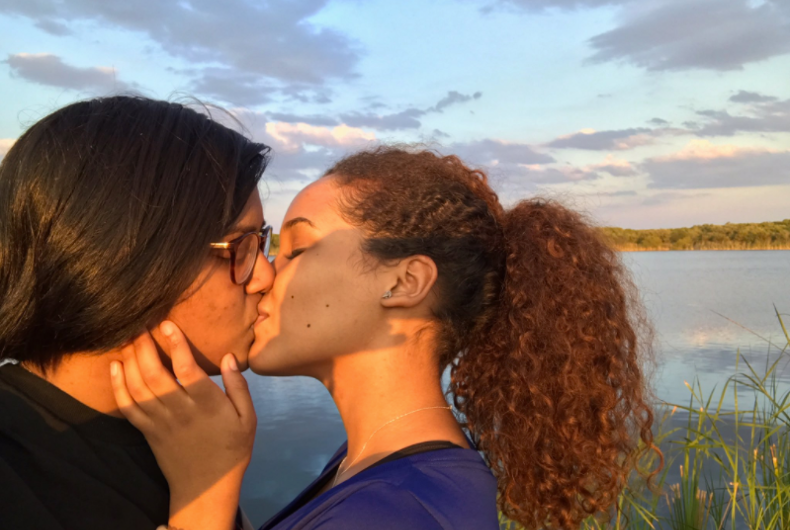 A Florida high school student is speaking out after her Catholic school denied her request to bring her girlfriend to prom.

Paula Goodgame took to Twitter to express her disappointment at learning that bringing a female date is a violation of her new school’s policy. Goodgame said her Catholic friends and family have been supportive of her sexuality, so the school’s response caught her off guard.

Goodgame told Buzzfeed that she first reached out to a teacher to see if she could bring her girlfriend, Anjali Persad, to prom at St. Petersburg Catholic School.

“I just transferred here and I don’t exactly have too many friends, and that added on with the social anxiety of prom makes me feel like prom would be awkward for me,” she wrote in an email to the teacher. “Because of that and news I heard from my friend, I was asking for confirmation if I could bring my girlfriend to prom. That way I could have a familiar face in the crowd and be with my date.”

After failing to get a response, she reached out to a guidance counselor, who affirmed the school’s prohibition on same-sex dates and suggested she find a male friend to invite Persad.

Fortunately, Goodgame will be able to attend Persad’s prom at a nearby private school. She told Buzzfeed it’s not worth attending prom if she can’t bring her girlfriend to.

“If she can’t go to my prom, then that prom is not worth going to,” she said. “You’re supposed to have that whole ‘magical’ night with someone special, ya know? It wouldn’t be worth it without her.”

What is magical? All the support Goodgame and Persad are getting on social media.

What is this for kind of crap? Seriously this is really unfair. You 2 look great together and should be allowed to go together! #LGBT

Some are pointing out that not all Catholic schools take this approach.

Others are suggesting they show up together in protest.

this is absolute bullshit lol. Please just go together anyway!

Goodgame said she and her girlfriend appreciate all the unexpected support.

we never expected this..my girlfriend and I really do appreciate all this love and support..so a big thank you to everyone💗💕 https://t.co/kfVqaIvGs5

Mormon leader calls for including people of diverse ‘sexual attractions’