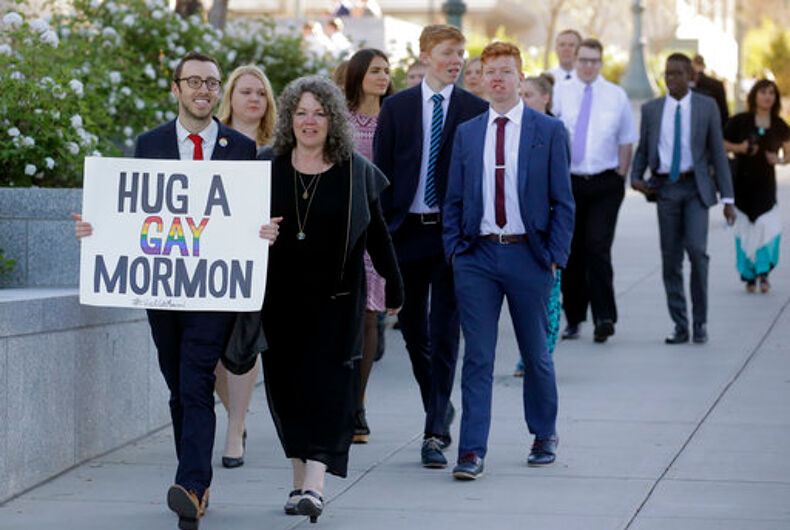 SALT LAKE CITY (AP) â As a worldwide audience gathered in person and online for a twice-yearly Mormon conference in Salt Lake City, congregants heard a message of acceptance for gay, lesbian, and bisexual members.

Jeffrey Holland, a long-time member of the Quorum of the Twelve Apostles, said in a speech about inclusivity that there’s room in the faith for people of different “sexual attractions” if they love God and honor his commandments.

His remark marked the latest attempt by the faith to foster a climate of empathy for gays and lesbians while the religion still clings to fundamental doctrinal beliefs that homosexuality activity is a sin.

He said there’s room in the faith for all types of people, including from different cultures; those from different family structures; and those questioning their faith. Holland also encouraged church members to embrace their uniqueness.

“When we disparage our uniqueness or try to conform to fictitious stereotypes — stereotypes driven by an insatiable consumer culture and idealized beyond any possible realization by social media â we lose the richness of tone and timbre that God intended when he created a world of diversity,” Holland said.

Dale Renlund, one of the newest members Quorum of the Twelve Apostles, told church members to guard against being intolerant of others with different opinions.

“We must not be guilty of persecuting anyone inside or outside the church,” Renlund said. “Church history gives ample evidence of our members being treated with hatred and bigotry. How ironically sad it would be if we were to treat others as we have been treated.”