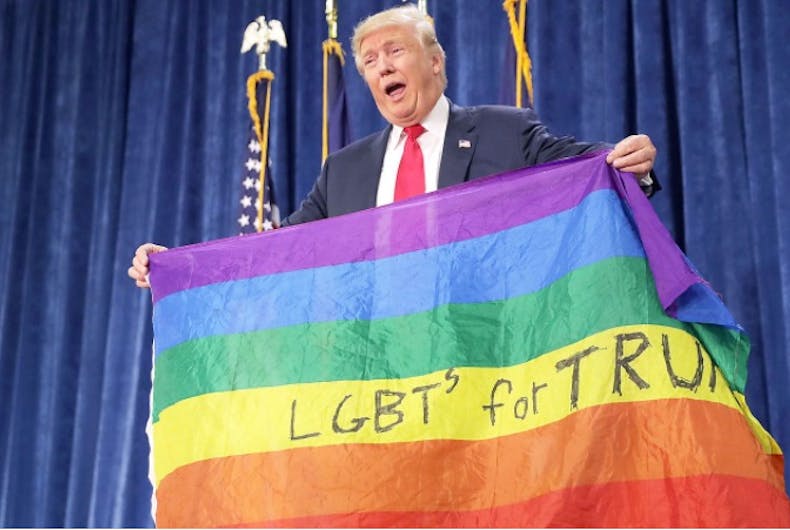 The group Gays for Trump is planning a rally in Washington, DC at the Lincoln Memorial for March 4. The North Carolina-based group, led by Peter Boykin, say they anticipate 1,000 people will attend.

The group’s rally last year that drew a couple hundred self-loathing queens. The group marched from the Washington Monument to the White House; this year they’ll make the march again.

The group previously made headlines for raising funds for a Gays For Trump billboard in Orlando, near the site of the Pulse nightclub shooting, as well as one in North Carolina. Boykin’s husband, who is also active with the group, was thrown out of a Trump rally in 2016 for assaulting a protester.

The Log Cabin Republicans did not be endorse Donald Trump due to his numerous anti-gay advisers. The administration has done the most to attack LGBT people in presidential history.