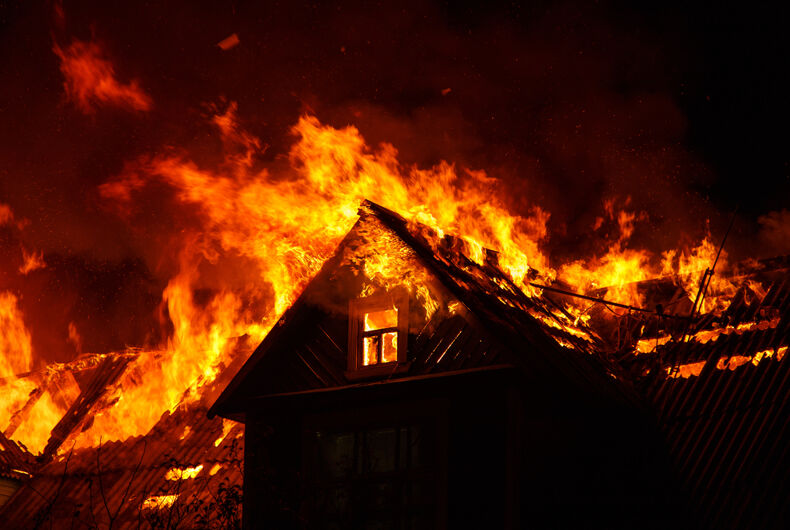 2017 was the worst year on record for wildfires in California. 43 people died and 10,000 buildings were damaged or destroyed.

Considering that damage, it’s surprising that we had to wait until the beginning of 2018 for someone to blame gay people for them.

Colorado pastor and radio host Kevin Swanson, who called for the execution of gay people in 2015, said that 2017 “was the year of God’s judgment on the state of California.”

Related: ‘Girl Scout Leaders should be executed for being pro-gay’

God’s issue with California in 2017 was the 2011 FAIR Education Act, which added LGBT people and disabled people to the list of minorities whose contributions to the state should be mentioned in textbooks.

Or, as Swanson described it, a “bill that encouraged homosexual indoctrination in California public schools for six-, seven-, eight-, nine- and 10-year-olds.”

In November, the State Board of Education approved ten textbooks that included small mentions of LGBT history.

“It was the year that California introduced 10 textbooks into public schools that turned sodomites — that is, men from Sodom doing what men from Sodom like to do — and turning pedophiliacs and homosexuals into heroes,” he said.

“Ten textbooks were introduced into California public schools that presented pedophiliacs and homosexuals as heroes,” he continued. “This was the year that happened. It also happened to be the year that God brought the most severe possible judgment on California.”

Well, it’s hard to argue with that. Two things happened in the same year, so one is obviously the cause of the other. What other proof do you need?

People who study things before opening their mouths blamed the wildfires on power lines and electric equipment, worsened by late Santa Ana winds and La Nina, which delayed the fall and winter rains.

While he may seem fringe, Republican presidential candidates like Senator Ted Cruz found it necessary to attend his conference to court white evangelical voters.