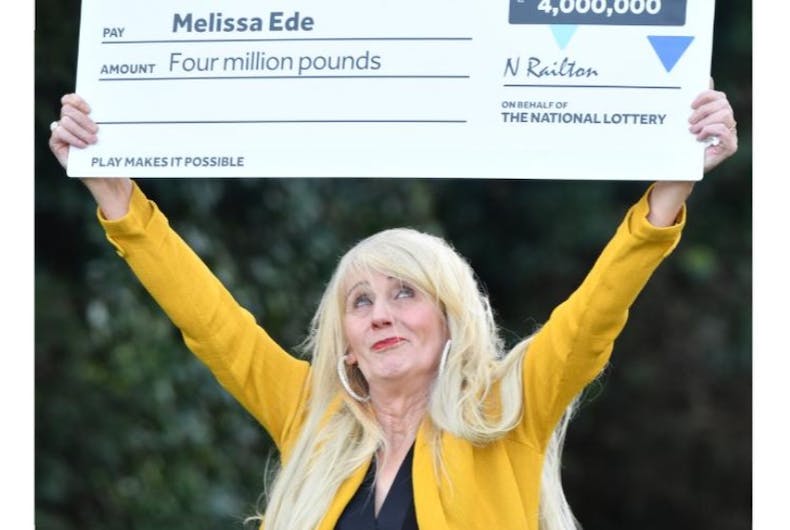 Melissa Ede won big on the lottery, and wants to pay it forward to those who were there for her. Photo: Twitter

A transgender cab driver has won £4million ($5.4 million) on a National Lottery scratchcard and has no intentions of sharing the windfall with the four adult children who have cut her out of their lives.

Melissa Ede, 57, has gained some notoriety for her off-the-wall YouTube videos, and for fighting for trans rights. She told The Sun that she plans to spend money on a wedding to her girlfriend, Rachel Nason, as well as a new house and a Mercedes.

She also plans to share some of the cash with her fans who donated money so she could get her teeth fixed.

“I just thought if I can win £100 this will be great.” Congratulations to Melissa Ede, a taxi driver and campaigner for transgender rights from Hull, who's won a top prize on our £4 Million Blue #scratchcard! 🎉 pic.twitter.com/WRFkZfCS7u

Ede said they have shunned her when she began transitioning 12 years ago.

“I know we should all love our children unconditionally but they cut me out of their lives. They weren’t there during my hardest times and rejected me,” she said.

“I still love them but I don’t want false love off them because I’ve got money now,” she added. “The people who have stood by me through thick and thin — it’s payback time for them.”

She said her kids have also changed their last name to avoid being associated with her.

Her plans for the future include launching a fashion line and writing an autobiography.

A little late, but gays are now responsible for last month’s California wildfires