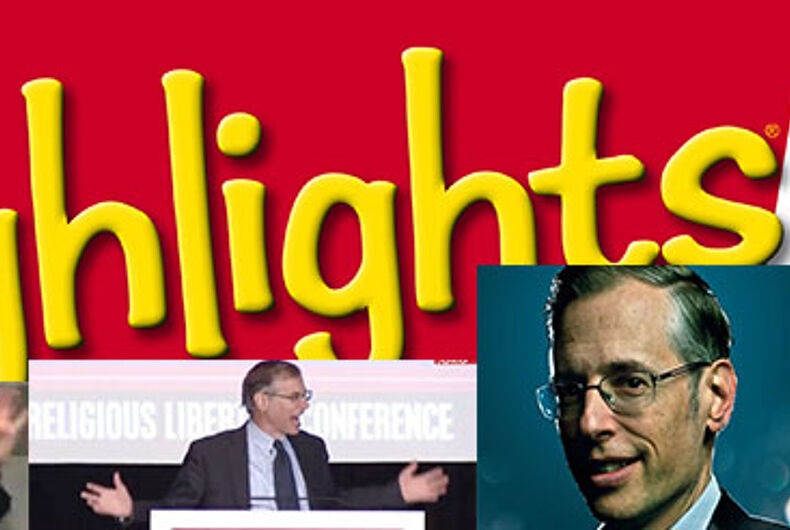 Colorado pastor Kevin Swanson — the radio host and preacher who in 2015 infamously called for the execution of gays — now has Highlights children’s magazine is in his sights.

The magazine this month announced that for the first time it would feature a story about a same-sex couple, two dads raising a child. And to Swanson, that is just as evil as acts of terror by the militant Islamic group, ISIS.

The ultraconservative radio host says for Highlights to include same-sex couples is to “encourage the support for the sin of homosexuality among kids.”

“So now, here’s Highlights magazine, an American kids’ magazine promoting homosexuality amongst kids, and now ISIS is teaching kids how to kill people. Now, I got to thinking: Which sin is worse? Homosexuality or murder? Which is worse? Are we really that much better than ISIS?”

Listen to Swanson’s rant courtesy of Right Wing Watch, below.

Trump meets with SCOTUS candidate who compared being gay with pedophilia, incest