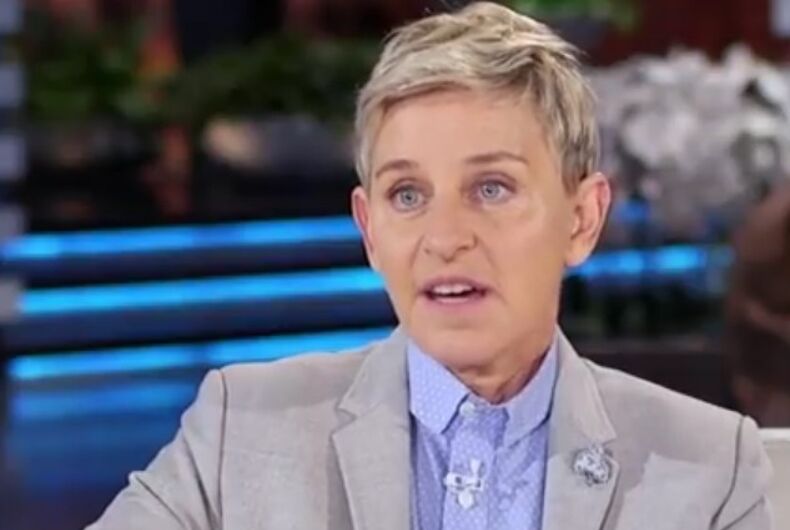 Ellen first dismissed Trump’s claim by first asking which son he is – the one who killed the elephant or the cheetah. She goes on to list all her present activities, which include Illuminati meetings and setting the gay agenda, which would prohibit her from running any kind of Deep State activities.

Did a gay couple break Uber’s rules by giving each other a peck?

A little late, but gays are now responsible for last month’s California wildfires