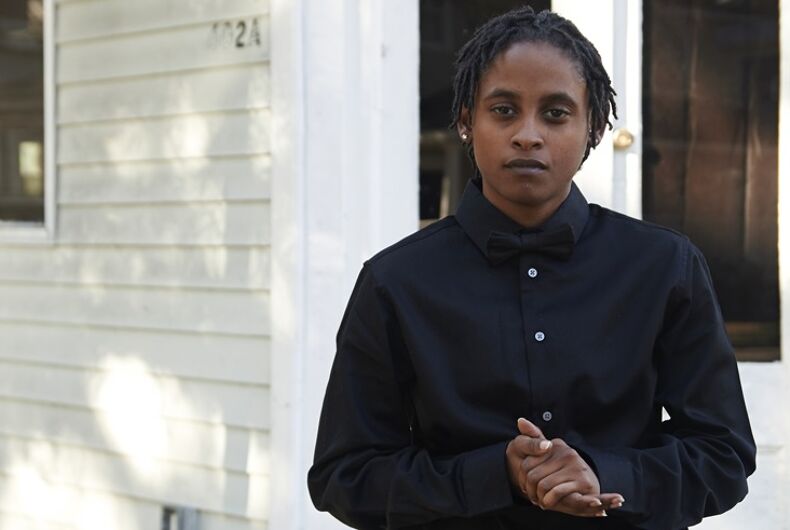 Jameka Evans has said she was harassed and effectively fired from her job because of her sexual orientation.Photo: Lambda Legal

The U.S. Supreme Court announced Monday that it would not review Lambda Legal’s case on behalf of a lesbian who said she was harassed and effectively fired from her job at Georgia Regional Hospital due to her sexual orientation.

In March, a three-judge panel on the 11th Circuit Court of Appeals ruled 2-1 that the Civil Rights Act’s prohibition on sex-based discrimination does not protect on the basis of sexual orientation.

“Keeping your job shouldn’t depend on whether or not you pass for straight. There is no way to draw a line between sexual orientation discrimination and discrimination based on gender nonconformity because not being straight is gender-nonconforming, period,” Greg Nevins, Employment Fairness Project Director for Lambda Legal, said at the time.

The court denied a rehearing in July, and Lambda Legal appealed to the Supreme Court.

Evans expressed upset at the decision not to hear the case in a statement.

“By declining to hear this case, the Supreme Court is delaying the inevitable and leaving a split in the circuits that will cause confusion across the country,” Nevins said.

While lower courts have ruled that the 1964 Civil Rights Act protects against anti-LGBTQ discrimination, so far no federal appellate court has followed suit.

“But this was not a ‘no’ but a ‘not yet,’ and rest assured that Lambda Legal will continue the fight, circuit by circuit as necessary, to establish that the Civil Rights Act prohibits sexual orientation discrimination,” Nevins continued.

“The vast majority of Americans believe that LGBT people should be treated equally in the workplace. The public is on the right side of history; it’s unfortunate that the Supreme Court has refused to join us today, but we will continue to invite them to do the right thing and end this hurtful balkanization of the right of LGBT people to be out at work.”

The Trump administration, however, is on the other side of the issue, having intervened in a case to argue that civil rights laws don’t protect against discrimination based on sexual orientation.

The Department of Justice has also clarified that it will no longer interpret the Civil Rights Act’s Title VII provision to protect against discrimination based on gender identity, leaving transgender and gender-nonconforming and non-binary people at risk.