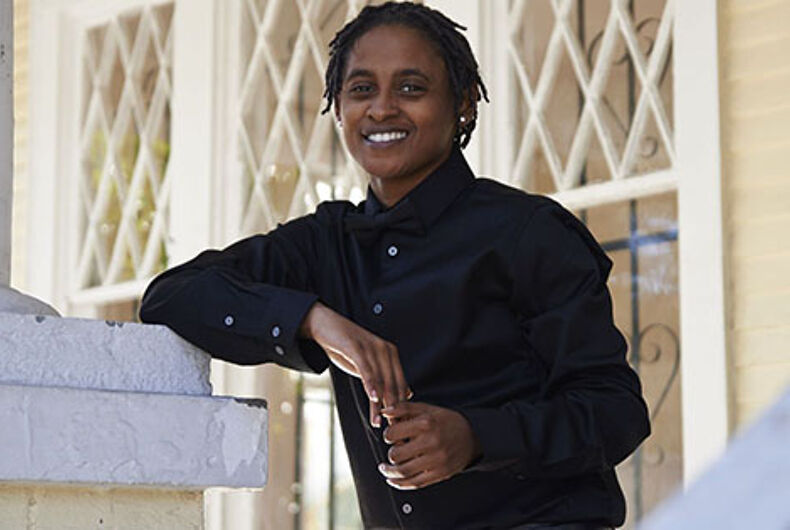 With lower courts clearly split on the issue of whether employers may discriminate against gay and lesbian employees because of their sexual orientation, the question is headed for the U.S. Supreme Court.

The 11th U.S. Circuit Court of Appeals in Atlanta on Thursday denied a full-court rehearing of the case of Jameka Evans, who had sued Georgia Regional Hospital in Savannah, Georgia, saying she faced discrimination and was effectively forced out of her security guard job because she’s a lesbian.

Greg Nevins, a lawyer for the LGBTQ rights group Lambda Legal who represents Evans, said the group plans to appeal to the U.S. Supreme Court. But there is no guarantee the court will take on the issue.

A three-judge panel of the 11th Circuit ruled 2-1 in March that the 1964 Civil Rights Act doesn’t protect against workplace discrimination based on sexual orientation. That ruling was in line with decisions by other federals appeals courts over the past four decades.

A few weeks later, in early April, the full 7th U.S. Circuit Court of Appeals in Chicago reached the opposite conclusion in a case filed by a former part-time instructor who said an Indiana community college didn’t hire her full time because she is a lesbian. The court stated decisively that the 53-year-old law’s protections apply to gay and lesbian workers just as they prohibit discrimination based on race, religion or national origin.

Also in April, a three-judge panel of the 2nd U.S. Circuit Court of Appeals in New York upheld a lower court’s rejection of a claim filed by a skydiving instructor who said he was fired because he was gay. The 2nd Circuit agreed in May to a full-court review of that ruling.

In addition, the U.S. Equal Employment Opportunity Commission found in July 2015 that discriminating against gay and lesbian employees is a type of sex discrimination and is therefore prohibited under Title VII of the Civil Rights Act.

The issue will continue to develop as courts are called upon to think about what the language of the law means and how it applies in different circumstances, said Justin Levitt, a professor at Loyola Law School in Los Angeles. There’s very little doubt the Supreme Court will consider the issue at some point, he said, but when it will do so is far from certain.

“The issue is ripe whenever the Supreme Court decides the issue is ripe,” he said. “Having a distinct circuit split like this, some of the justices will be comfortable letting it percolate a little bit more, and some may want to bring it to resolution sooner.”

The majority opinion from the 11th Circuit panel in Evans’ case said the court was bound by precedent set by a 1979 case that said Title VII doesn’t prohibit “discharge for homosexuality.”

It doesn’t make sense that the 11th Circuit would cling to a 1979 ruling when Supreme Court rulings in major cases since then have indicated that the law doesn’t allow such discrimination, Nevins said.

Now is the time, he said, for the high court to rule once and for all that an employer cannot discriminate against gay and lesbian employees.

“It might have been OK to consign this to the circuit-by-circuit approach when the circuits were doing the right thing,” Nevins said. “It’s no longer OK now, so they really need to step in.”

Police: Trans people in Philly are getting pelted with fireworks & paint balls