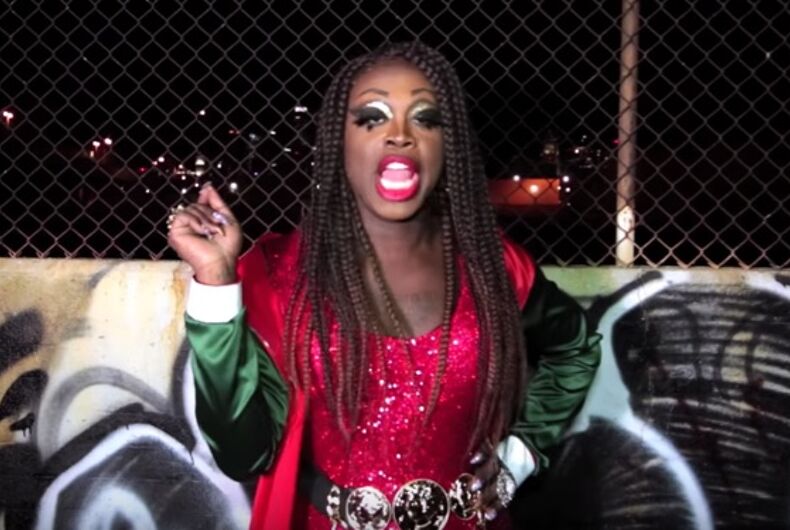 Just how many alter egos does one person need?

Seriously, at what point do we just call this schizophrenia?

The rap track channels the style of Nicki Minaj by way of popular Christmas carols, and finds some new ways to use “north pole” as a euphemism. It may or may not become a holiday classic, but “Deck a Ho” certainly deserves a listen just for curiosity’s sake.

Oh, and the twink model/back up dancers are pretty cute too.