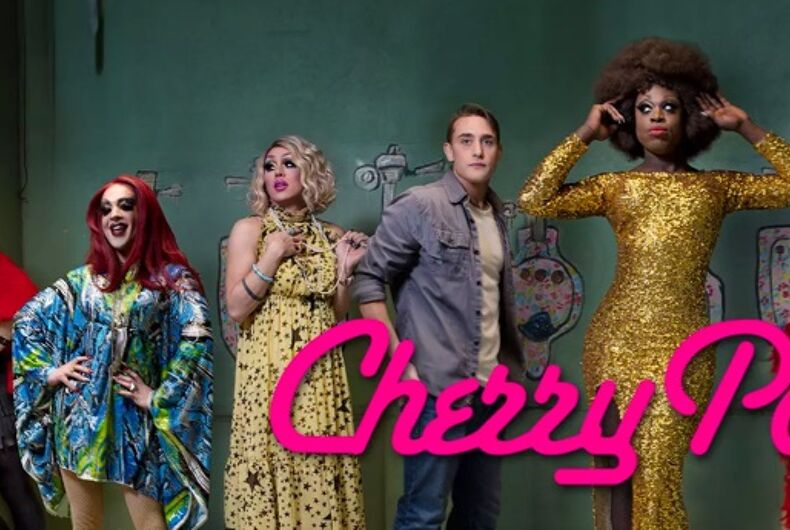 The cast of Cherry PopPhoto: screenshot

Good news! You’ll finally get your Cherry Pop(ped) on September 22 when Wolfe Video releases the hit comedy Cherry Pop on video on demand and DVD.

The movie follows one wild, crazy night at a drag club, where the matriarch of the show Zaza refuses to come out of her dressing room, while a young newcomer, The Cherry, is tormented by the regular troupe of back-stabbing queens.

The flick played the movie festival circuit this year, winning rave reviews at OutFest, NYC Pride and the Inside Out Toronto LGBT Film Festival.