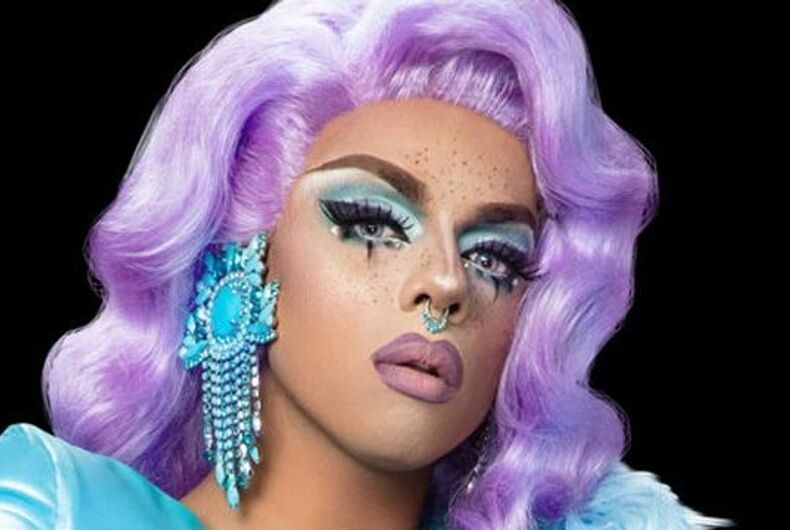 Drag queen Aja Kween, who appeared on season 9 of RuPaul’s Drag Race and is about to appear on the next season of All Stars, was kicked out by a Lyft driver in New York City for kissing her boyfriend in the car.

Aja, whose legal name is Jay Rivera, and boyfriend, who goes by the name Lizard Lemon, were kicked to the curb in the early hours of Tuesday morning. They then had to walk home.

My little grouch ? PS – my stay cation is over so I’m like ??‍♀️ ready to stop being a lazy bitch and join a drag queen Christmas the naughty tour in New Orleans Tonight! ????✨

“Me and Aja were told to get out a Lyft for being gay. Not kidding,” Aja’s boyfriend shared on Twitter. “The driver asked us to leave after kissing. In New York City. Really really disappointing.”

“We have zero tolerance for any type of discrimination on our platform, and are committed to maintaining an inclusive and welcoming community,” a spokesperson for the company told Gay Star News. “What is being described here is against our terms of service and our values as a company.”

“As soon as this incident was brought to our attention, we reached out to the passengers to offer our support,” the spokesperson continued. “The driver has been deactivated from the Lyft platform.”