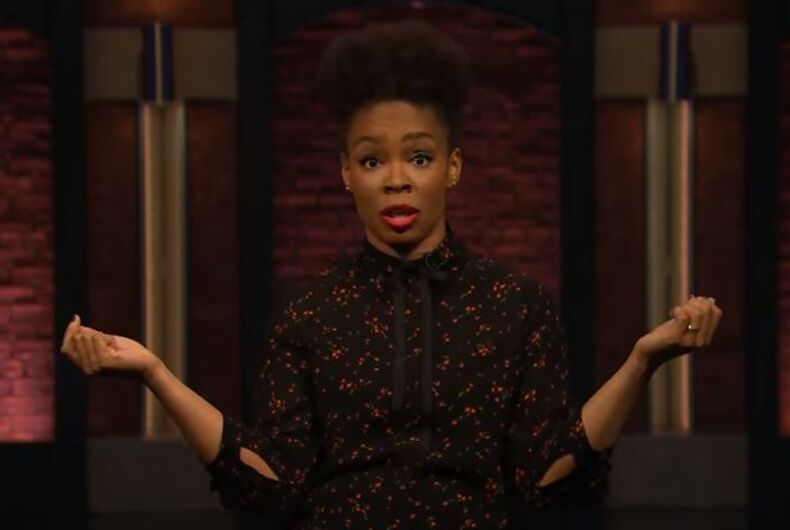 As you might have heard by now, Alabama was largely saved from electing an anti-LGBTQ, alleged child molester by the name of Roy Moore by the efforts of African American voters.

“As a black woman, I just have two things I want to say,” said Late Night writer Amber Ruffin, in a monologue that has gone viral. “You’re. Welcome.”

“Roy Moore was a well known, anti-gay, anti-Muslim, racist, pedophile…allegedly,” she continued, reminding that the black women of America have to go through enough without being expected to “save America.”

But it turned out for Jones, they did.

While Ruffin is glad to see the thanks pouring in, she hopes it won’t stop there.

“Stop trying to rap, and try getting up on a Tuesday to vote,” she continued.

“When you’re done thanking us, why don’t you try voting for us, and putting a few of us in office so we can run this shit?”