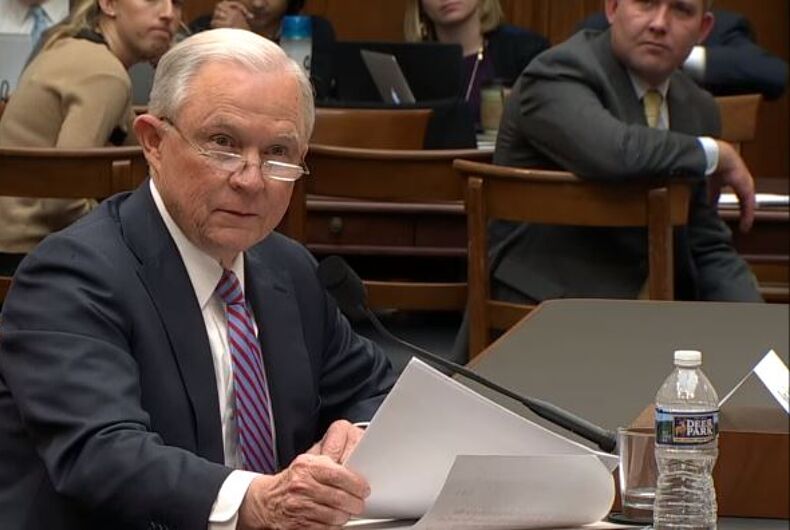 Attorney General Jeff Sessions is testifying in front of the House Judiciary Committee. He is answering questions on a number of topics, including the Trump campaign’s ties to Russia and the sexual misconduct and assault allegations against Alabama Senate Republican candidate Roy Moore.

Sessions has denied he lied when testifying in October that he didn’t know of anyone from the Trump campaign that had met with Russian officials. He said he doesn’t believe it happened.

Yet that contradicts court records that show Sessions was in a meeting where campaign aide George Papadopoulos discussed his Russian ties and suggested a meeting between Trump and Russian President Vladimir Putin.

“I had no recollection of this meeting until I saw these news reports,” Sessions said.

Sessions said that he believes the women accusing Moore of misconduct. Moore is in a neck and neck race against Democrat Doug Jones. Polls show Jones is beginning to open up a lead.

Why do so many Christians invoke God to excuse unholy behavior?