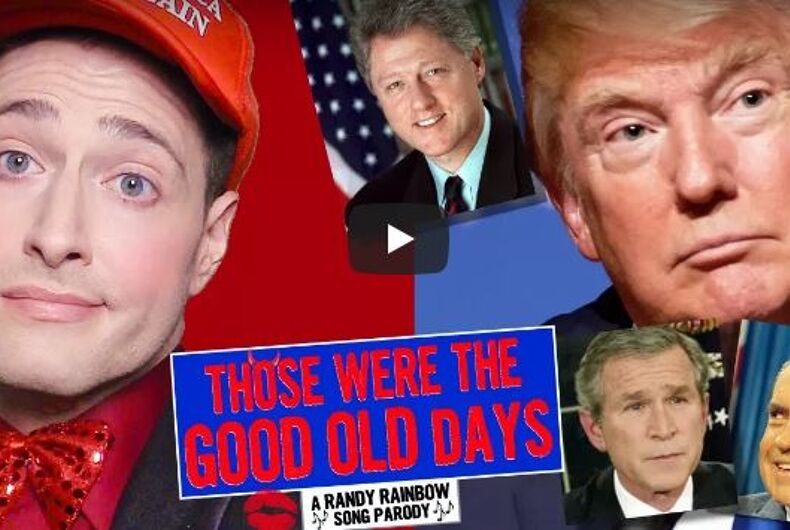 We live in interesting times, which is to say frightening times, so much so that it can make a person reflect fondly upon lesser evils as if they were the good old days.

Randy Rainbow does just that in his latest video, in which he takes a living look back at everyone from Richard Nixon, to Anthony Weiner, to Kim Davis.

Ah yes, those really were (in comparison) the good old days.

As for the current scandals, you can watch Attorney General Jeff Sessions testifying before the House Judicial Committee as we speak. If you think you’re up to it.