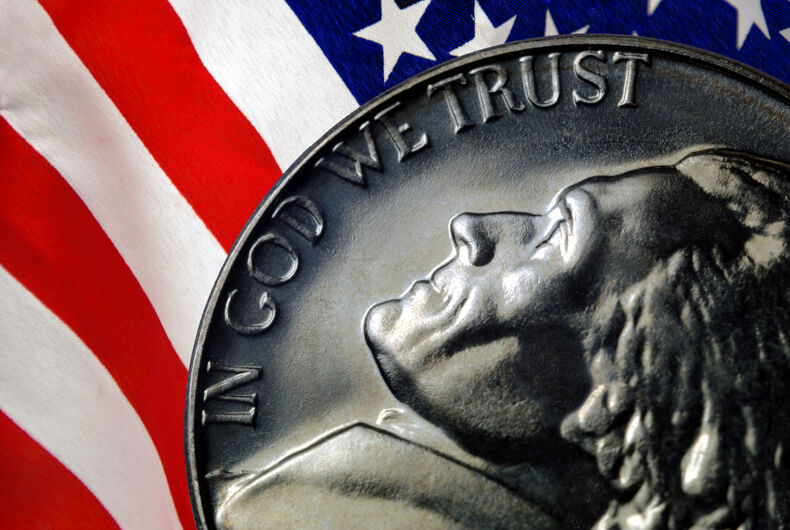 Alabama Republican senate candidate Roy Moore is best known for his lawlessness. The former judge was removed from the state supreme court twice for breaking the law. Now, the Washington Post is reporting that the scofflaw skimmed over a million dollars from his hate group masquerading as a religious charity.

While Moore claimed he did not take a “regular salary” from the Foundation for Moral Law, saying he didn’t want to be a financial burden. The Post investigation has revealed, however, that Moore was taking $180,000 a year as the group’s president to do part time work. Moore’s wife, Karen, is the president of the group and at least two of their children have been employed there.

The group organized when Moore was first ousted from the bench for installing a huge Ten Commandments monument in the court building and refusing to remove it when it was found unconstitutional by a federal court. It was originally called the Roy Moore Legal Defense Fund. Moore was suspended again (after being reelected by voters around a decade later) for refusing to abide by the US Supreme Court’s decision to legalize same-sex marriage nationwide.

Karen Moore was paid $195,000 over a three year period after her husband stepped down and she took the reigns of the organization. Only her salary was reported in public tax filings and to the IRS.

The organization’s first application for non-profit status was denied when the IRS determined it “operated for the benefit of private interests.”

The Post investigation is chockful of financial details, tax forms, and record keeping fact finding information, but here’s the bottom line: Roy Moore may hate LGBTQ people, but he loves God, especially stealing from him.